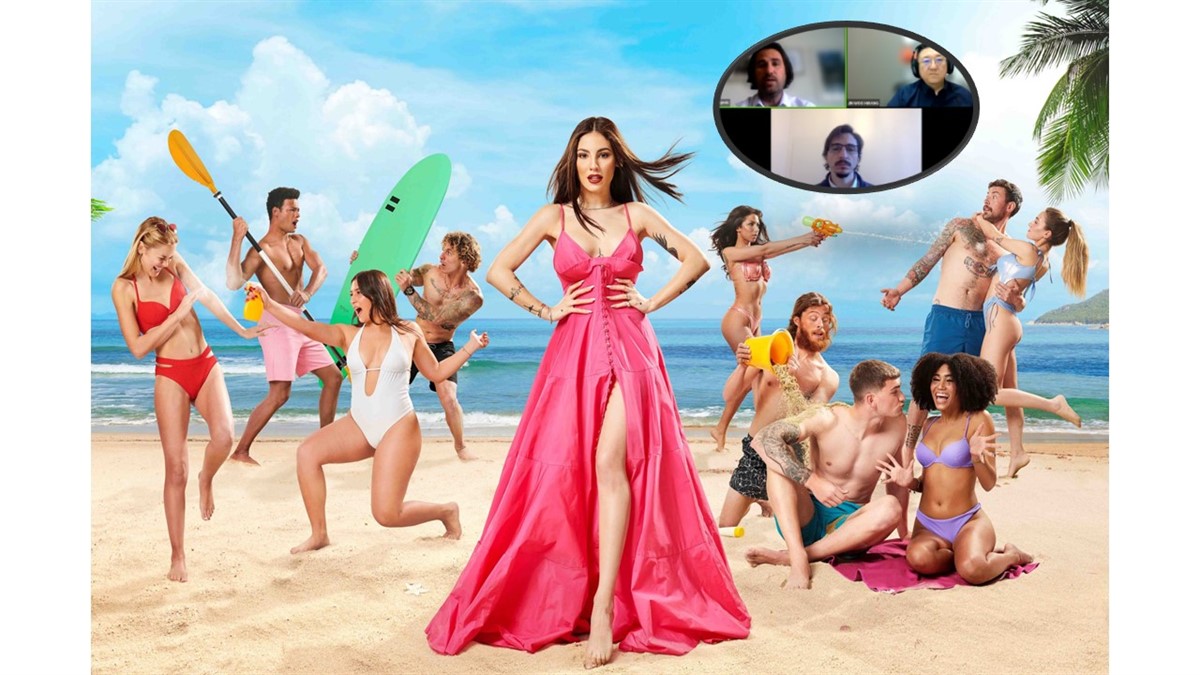 Formats specialists JinWoo Hwang from Something Special and Miroslav Radojevic from Global Agency have discussed the key trends in the format arena as well as the hit formats that are travelling worldwide in the frame of Dubai Content Market and moderated by Fabricio Ferrara from Prensario Internacional.
Hwang highlighted that dating shows such as Love Island; The Ultimatum, Marry me or Move on and Love is Blind Japan are trending specially for millennials because "they enjoy the guilty pleasure of emotional damages and after all, it's a competition of relationships, which it is millennials more care about". The President and Executive Producer at Something Special also mentioned the growth of the spiky social experiments like The Traitors; Still Alive or Bloody Game because viewers, especially in Korea, “are beginning to get tired of feeling-good shows after the pandemic and YouTubers and Influencers are developing this kind of content in order to provide some straight-forward messages". Finally, JinWoo has referred to the return of classic formats but with a twist, like The Voice Generations, Come Dine With Me, The professionals or The Great Celebrity Bake Off. "Best-selling formats must be better than ever before", he affirmed. "These kinds of formats can evolve inserting a new talent or with a fresh approach into the familiar environment".
Talking about international co-productions and co-development, Hwang asserted that the content globalization is becoming inevitable. "Even local content is no longer only consumed by domestic viewers," he expressed. "The international co-production is the quickest way for a global project, and collective creation has always been the key to development". He also said that mutual respect is a "must", something obvious but "it's often the most difficult part of all," he admitted. He also stood out that the most important part in the format industry is secure the originality. As an example of this, Hwang described the music entertainment game show Smashed Hits, an international creation between Legacy Production; Something Special and My Entertainment. "International collaboration allows more differentiate concepts by combining different perspectives. The format is being co-produced for US and UK shows", he added.
In the same panel, Miroslav Radojevic provided an overview about the main format trends in Turkey. "This year the most successful formats in the Middle Est are the music singing talent formats, as well as the cooking formats, specially in the Ramadan period and the sport programs, due to World Cup Qatar 2022", he affirmed. The executive also mentioned the singing game show Beat me if you can that Global Agency has developed last year along with SBC. "It's an original Global Agency format, SBC has produced the season one, and now we are planning to develop a Pan-Arabic second season, so we expect a better competition among the singers and also a bigger audience", he affirmed.
Radojevic has also shared his perspectives on the co-productions and co-developments in the current landscape. "Regarding the scripted formats, Turkey has started the collaboration with the Middle Est and there are some Turkish producers doing business with some of the biggest channels in Middle Est, creating Turkish content that can be adapted in the Arabic market", he commented, but he also added there is also a new trend, "some companies from Middle Est are establishing its entities in Turkey and try to use Turkish know-how and go into production business regarding series".
On non scripted arena, the trend right now is that Turkish creators and producers using economic business in Turkey and establishing regional hubs "inviting clients to come to Turkey and use cheap facilities, cheap hotel accommodations and transportation and to push the creation of shows in the country", Miroslav concluded.