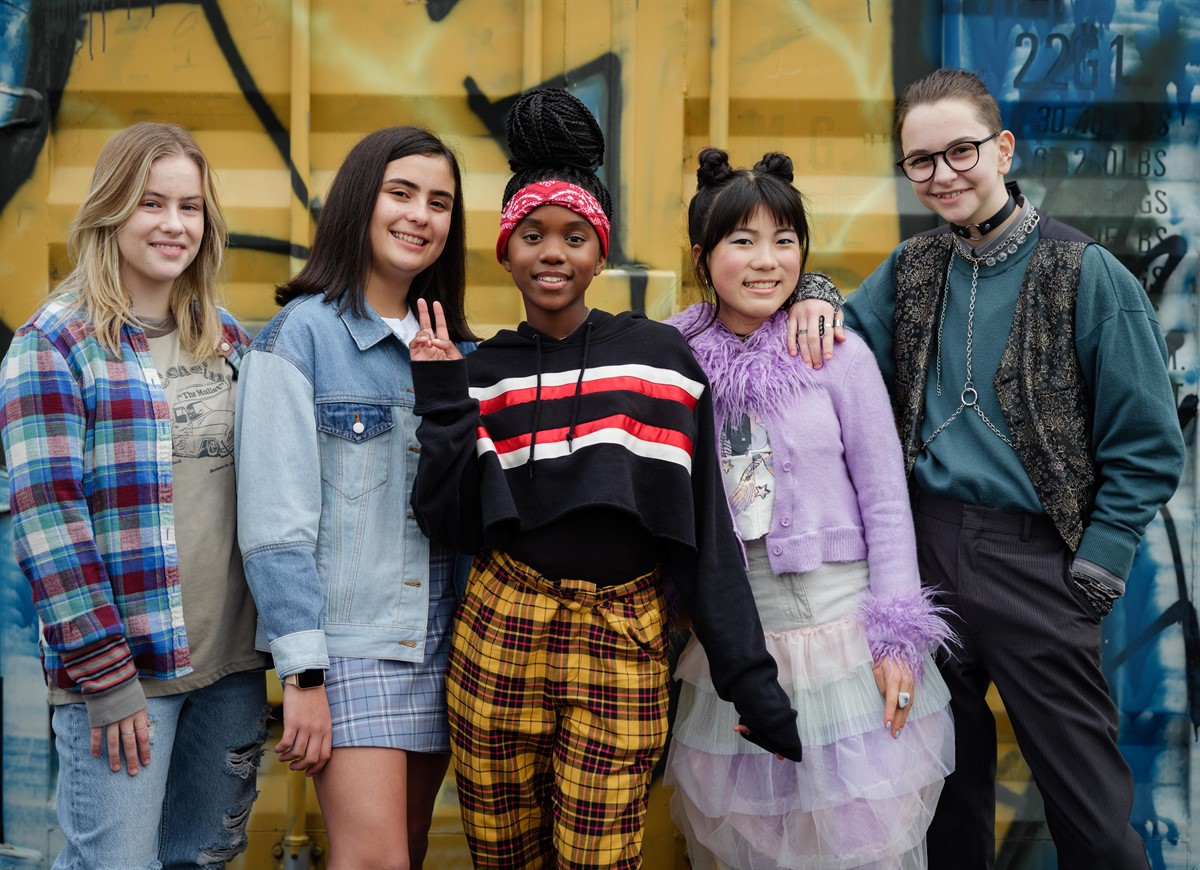 Filming has commenced in Melbourne on ABC ME’s latest live action offering Turn Up The Volume. Produced by Matchbox Pictures and Film Camp, the ten-part series will follow a group of young female and gender diverse teenagers who start a band at a music camp held in Melbourne’s vibrant inner west.

Inspired by the coming of age documentary No Time For Quiet which followed the first Girls Rock! Camp in Melbourne, Turn Up The Volume explores the power of music, friendship and creativity as forces of transformation and connection. At first disillusioned and disconnected, this group of young teens join together to discover the strength to define themselves on their own terms, and find belonging in the embrace of community.

Libbie Doherty, ABC Head of Children’s said: “Turn Up The Volume is a heartfelt voyage through the streets of Footscray for young girls and gender non-conforming teens. Leaning into the zeitgeist this series explores identity, love and teen loss set against the struggles of growing up, all through the relatable prism of music and - starting a band!

"There is an extraordinary team of emerging talent in front and behind the camera assembled for this show. Supported by the safe hands of Rachel Davis and Philippa Campey, who have a track record for finding and telling extraordinary stories from an unexpected perspective, along with the powerhouse team from Matchbox Pictures. We know “The Volume” will strike a deep chord with our ABC Me audiences who are finding their voice.”

Philippa Campey and Rachel Davis, producers, said, “It’s a huge privilege to be working on this series with Matchbox Pictures and such a talented group of writers, directors, cast and crew. It’s wonderful to have the opportunity to bring these stories to a fantastic audience on ABC Me.”

Matchbox Pictures’ Amanda Higgs, said: “We couldn’t be more thrilled to take centre stage with ABC ME on this totally alive and brilliant new series. Rachel and Philippa’s passionate commitment to assembling this amazing team of writers and directors has been phenomenal. It is more important than ever for young people to see themselves reflected on screen and we can’t wait for the world to embrace Vivi, Jam, Hex, Breeze and Ginger!”

Written by Dannika Horvat (The Summer of ABC Burns), Penelope Chai (Troppo, Eden), Matthew Bon (Neighbours), Ciarán Hanrahan (Home and Away), and newcomers Chloe Wong, Betiel Beyin and Leigh Lule, with direction by Tenika Smith (The Rock Island Mysteries, Neighbours, The Heights), Jub Clerc (The Heights, The Turning: Abbreviation), Harry Lloyd (Neighbours) Jessie Oldfield and Adam Murfet (Why Are You Like This, Heartbreak High). Music performed by The Volume is composed and produced by Josh Teicher and Sophia Exiner.