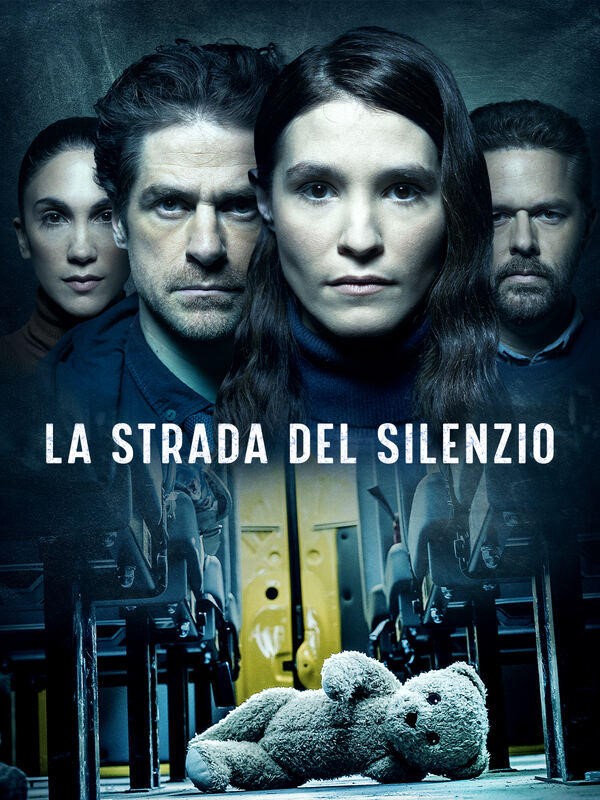 Canale 5 will broadcast on Wednesday, July 13 in prime time, the series Silent Road (13x60'). The series launched last Miptv (Cannes, April) is know with the original title Siopilós Drómos. It's a thriller drama Written by Melina Tsampani and Petros Kalkovalis and directed by Vardis Marinakis, the series dissects the entangled lives of an affluent family in Athens after a school bus carrying their children is held hostage, the kids and bus drivers inside being abducted and held for ransom. A slight nod to the eerie legend, turning on the Pied Piper of Hamelin, the town must come to grips with the event while police dig into the crime, desperate to resolve the atrocity.

Concept
When the school bus filled with nine elementary students disappears, the seemingly peaceful community, one of Athens’ most affluent neighborhoods, is in shock. Under the eyes of the entire country, the experienced detective Nasos is in charge of the investigation. But the kidnappers only talk to one person, demanding ransom: Thalia, a young journalist and the black sheep of one of the most powerful families of the community, immediately becomes a person of interest. And while Thalia struggles with her strained relationship with her family, as she is the aunt of two of the missing children, her powerful father Spyros tries to take control of the situation. As the days go by, it becomes clear that the culprits are aiming at something bigger than just ransom. Gradually, the case turns into a ticking bomb ready to explode as tensions rise among the kidnappers. And while Nasos tries to piece together a difficult puzzle of suspects, a web of secrets and lies begins to unravel