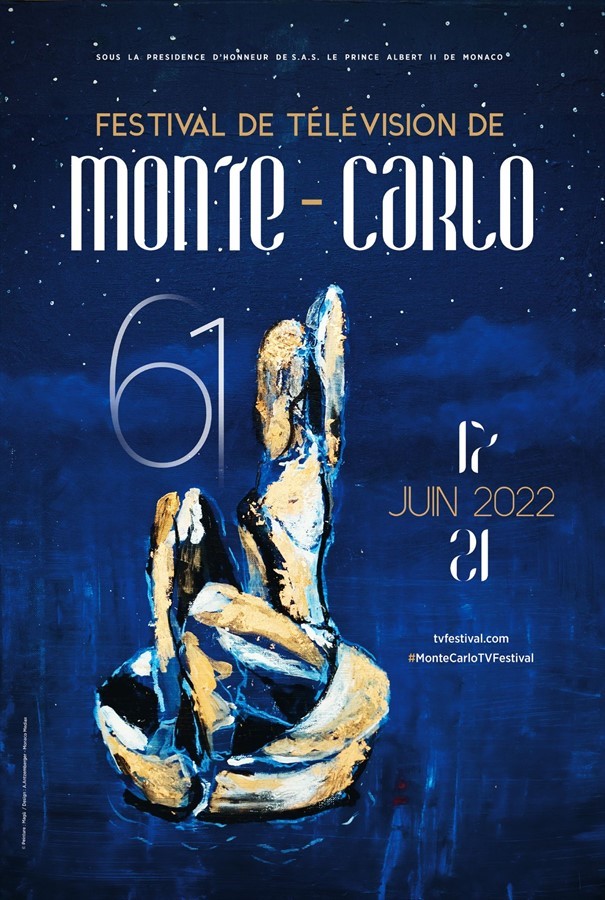 The 61st Edition of the Monte-Carlo Television Festival which will take place 17-21 June 2022 has organized informative Business Content sessions which can be accessed by all accredited journalists immediately after press activities.
For more than 60 years, the Monte-Carlo Television Festival has been a forward-thinking and progressive event which takes an in-depth and considered view of all aspects of the production business. This year is no exception with the “Business Content” strand, a strong line-up of business focused panels to be held each evening from 18 to 20 June, directly at the Grimaldi Forum, giving the opportunity to the accredited journalists to attend at the end of their press activities. Each session will include legendary showrunners, international producers and exceptional executives who are collectively shaping the future of production and creativity.
Festival Executive Director, Cécile Menoni comments, “The content business is undergoing tremendous change at an incredibly fast pace. We have compiled a program of insightful sessions to be debated by many of the leading practitioners in the entertainment business today. Attending these sessions will give journalists, both consumer facing and trade focused, an invaluable opportunity to further understand the most important issues facing the industry right now.”

Saturday 18 June
17.00 -17.50 BUSINESS CONTENT
The Bold & The Beautiful: Building a Success Story Across Decades Celebrating their 35th Anniversary at the Monte-Carlo Television Festival, join The Bold and The Beautiful executive and creative team of Head Writer and Executive Producer Bradley Bell, alongside Supervising Producer, Casey Kasprzyk who will share exclusive insight around the secrets to the success and longevity of their hit show and cornerstone of daytime programming at CBS. Hear how renewal of the genre in an ever-changing environment enables them to stay current and keep their fan base engaged, with a ratings success of more than 3 million viewers thanks to its global distribution.
Location: Salle Genevoix

As local language series continue to cross borders, what is the value of a scripted format? This panel will look at the value and differences between remakes adapted for a foreign audience and hit shows that take, unaltered, the global marketplace by storm. Panellists will address key ingredients needed to make an international hit, from development and writing to casting and producing.
Location: Salle Genevoix

Sunday 19 June
17.00-17.50 BUSINESS CONTENT
The Unscripted Revolution: When Truth is Stranger – and more entertaining – Than
Fiction
Moderator: Rebecca Leffler, Freelance Journalist
Speakers: Tristan Chytroschek, Director & Producer A+O Buero Filmproduktion Tonje Hessen Schei, Director & Producer Upnorth Films Radomir Šofr, Development Manager Czech Television
Why documentary filmmaking in all its forms is more important than ever and how they fit in to the global audiovisual landscape. Documentary films tell important, often unknown stories and can spark dialogue, bring light to causes and even spark mass movements and revolutions in society. Today, the medium has taken on different
formats as consumer habits continue to shift in an ever-evolving audiovisual landscape and has expanded from traditionally hard news and social justice to other genres like crime, comedy and beyond. Our panellists will bring their unique perspectives from their work behind the camera and at the heart of the international content world to talk about what a documentary is in 2022, the future of the filmmaking form and how documentary filmmaking is still the best window to the world.
Location: Salle Genevoix

In a highly competitive environment for viewers and talent, co-productions often help make shows stand out from the crowd. Partnering with foreign entities not only lessen the financial risks but also give better access to talent, pools of experts, and increase the program's reach to a global audience. How are the co-production partners chosen? Is there a necessity to have a broadcaster or streaming platform on board from the start? Does it give room to attach a sales company? Recounting some recent success stories, panellists will explore the benefits and potential pitfalls of an international coproduction.
Location: Salle Genevoix

17:30 -17.50 BUSINESS CONTENT
(R)evolution of Consumer Usages: New Strategies and New Players on the TV Series Market
Presented by: Rémi Tereszkiewicz CEO BetaSeries
Thanks to market studies and exclusive BetaSeries surveys and analytics on TV series usage, this keynote will look into the fast changing video usages these last few years and how TV series are used today by new entrants and incumbent television players to recruit, retain and monetize their new audiences.
Location: Salle Genevoix

17.50-18.35 BUSINESS CONTENT
Breakwater by Snap Originals: Case Study of a New Format Driving Deeper
Engagement with Gen Z
Moderator: Rémi Tereszkiewicz CEO BetaSeries
In the entertainment landscape, all executives seek a better understanding of their audiences and how to stay relevant. It is even more true with the specificities of Gen Z. Retrofit Films' founders and "Breakwater" Executive Producers, Tanner Kling and Chris Hanada, along with Production Designer Megan Elizabeth Bell and series star Jan Luis Castellanos, will conduct a deep-dive into the development and production of Snapchat's largest and most watched original scripted series, and how the series was uniquely customized to capture over 10 million Gen Z viewers on their platform of choice, their phones. As pioneers in the new-media and mobile series space, Kling and Hanada will share their learnings from over a decade in both original and derivative scripted content, and how audiences have finally caught up with them.
Location: Salle Genevoix