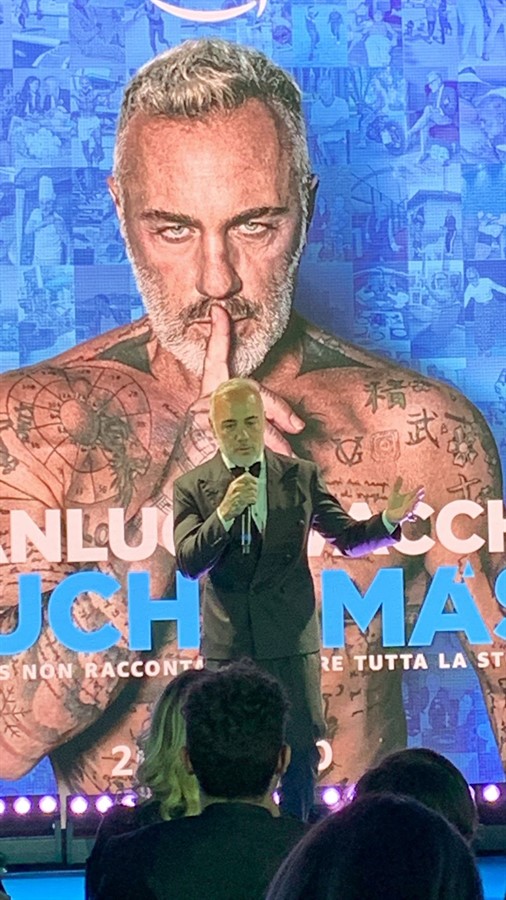 Prime Video will realease on 240 countries the film documentary about Gianluca Vacchi titled Mucho Mas on Wednesday, May, 2022.
The documentary is produced by Masi Film and Indigo for Amazon Studios for Amazon Studios, Massimo Righini Casta Diva's CC0 is the show runner.
The protagonist of the documentary is Gianluca Vacchi, an internationally renowned entrepreneur, influencer and DJ. Exploded as a social phenomenon thanks to his videos that went viral and generated millions of views, over 22.2 million followers on Instagram, 21.5 million on TikTok, 3 million on Facebook, and is considered the 'king social media ', reaching a total audience of 46.6 million from around the world.

The documentary reveals to viewers a Vacchi never seen before that shows without filters the man behind the famous character. Vacchi will reveal important aspects of his life and his childhood, also telling the deep bond with his mother, the relationship with friends and above all that with his partner, the model Sharon Fonseca, who gave him the greatest gift of his life. : to become the father of little Blu Jerusalema.

"We are thrilled to bring clients into the world of Gianluca Vacchi with this extraordinary documentary. We hope to show a side of Gianluca that his fans have never seen before. I am delighted to see our catalog grow in Italy, which reflects our ambition. to bring world-class content to the screen with some of the best talent in Europe, "said Georgia Brown, head of European Originals, Amazon Studios.