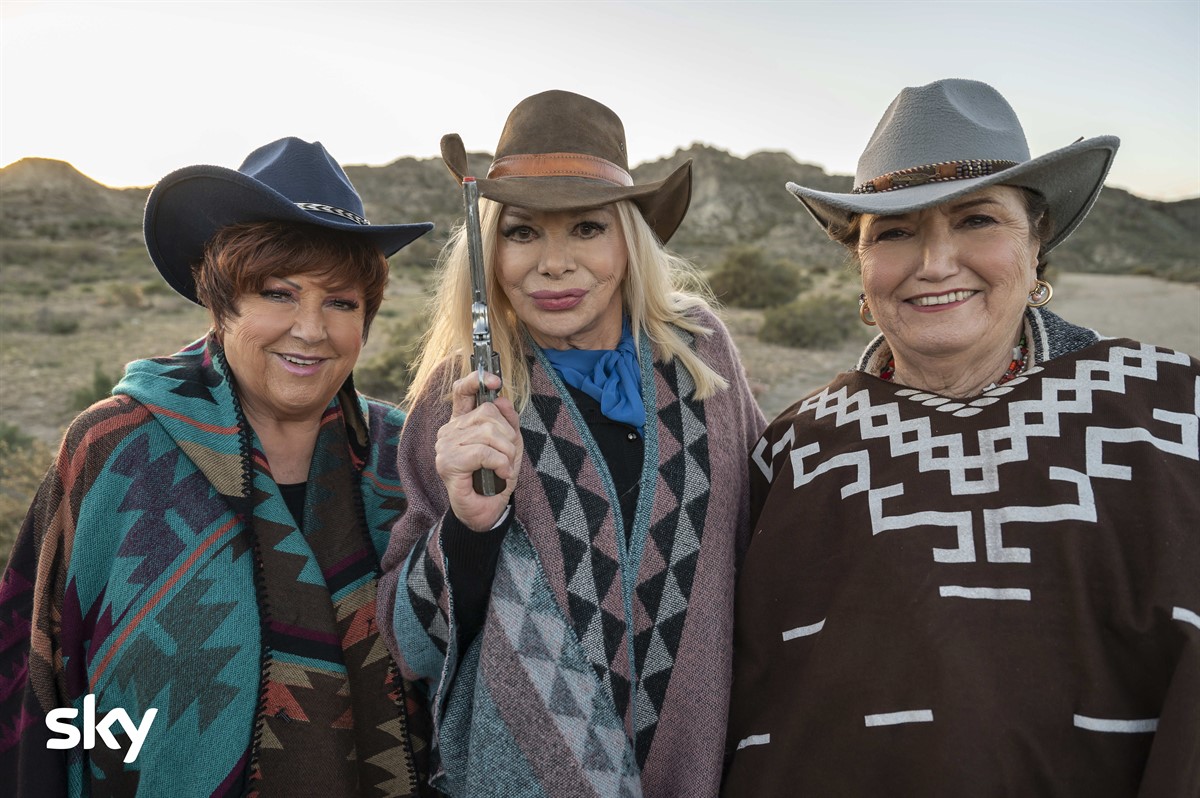 The show, a Sky Original production created by Blu Yazmine from an idea by Mara Maionchi, will take these three beloved stars around Spain, involving them in some extraordinary and other more daily activities, including local traditions and experiences out of the ordinary for them. All this will allow the 3 "good girls" to immerse themselves in different customs and cultures, but above all to allow themselves a truly memorable holiday.

Mara, Sandra and Orietta will travel aboard a very special van - and also hyper recognizable: shocking pink leopard - driven by their handyman driver Alessandro Livi, 50% Italian and 50% Iberian. He will take  them through the various missions, help them with the Spanish language, act as their "bodyguard". Day by day Alessandro will break into their hearts and the relationship with him will become stronger and stronger, so much so that he is involved in the missions and in the coexistence of the girls.

Until departure none of the three is aware of the destination of the flight: only upon arrival at the airport, in Milan, they  will discover that they are about to board a flight to Madrid. Once they arrive, after settling in the first house of their Iberian stay, they will visit, among others, the Barcelona market and Plaza Mayor. Then, after the capital, they will move first to Seville, then to the Tabernas Desert, to Granada and finally to Valencia.
In each of the stages they will undergo some unique tests and will be asked to carry out missions that each time will have to be immortalized with a selfie: from shopping in the market for a special dinner to meeting a bizarre superhero, from acquaintance with a religious brotherhood. to a performance of caliente flamenco, from the re-enactment of a scene in full Spaghetti Western atmosphere to a holistic experience. Until the flight aboard a hot air balloon.