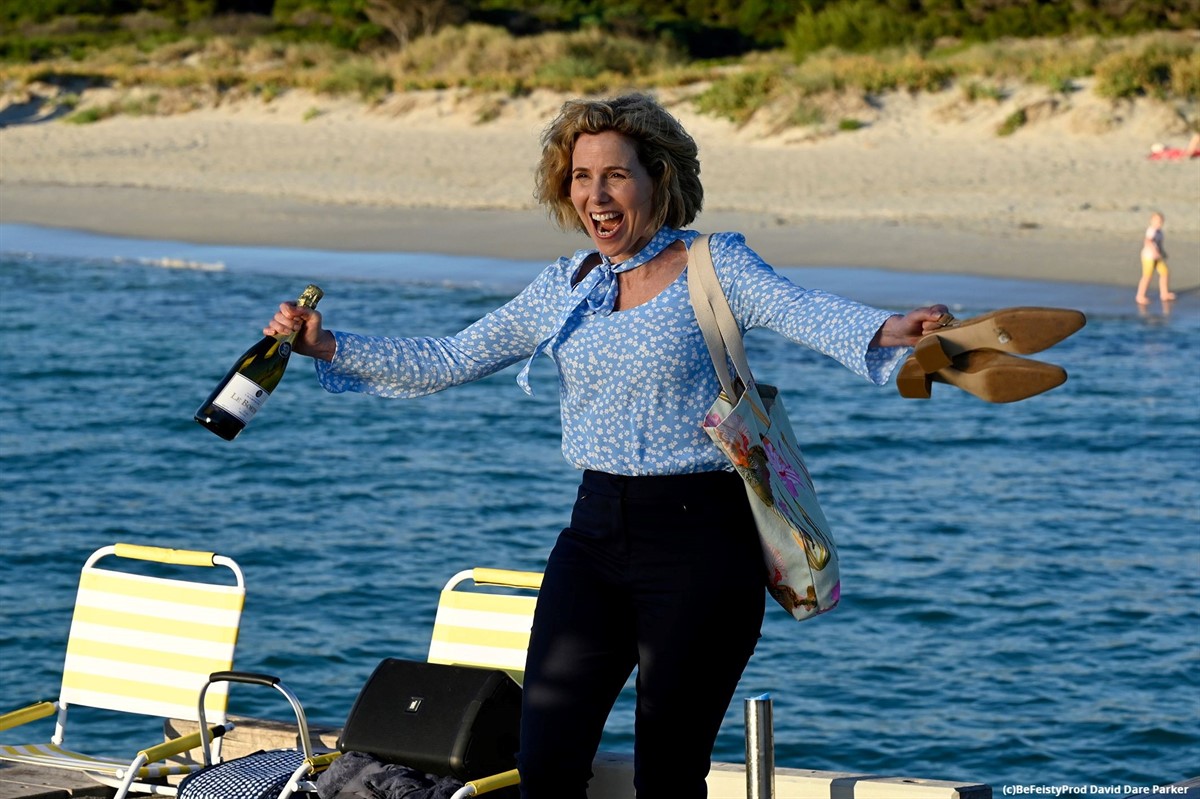 Brainstorm Media has secured all rights of comedy How To Please A Woman for the US and will release the film theatrically on July 22, 2022. SKY has secured all rights for the UK. Beta Cinema also sold all rights for Canada (Mongrel Media), Poland (Monolith Films), former Yugoslavia (Discovery), Czech Republic (Bohemia Motion Pictures) and Hungary (ADS). Madmen will go out in Australia and New Zealand on a wide release on May 19 and May 26 resepectively.

Sally Phillips (“Bridget Jones Diary”, “Veep”) stars as 50-year-old Gina, who feels she has become “invisible to everyone.” Establishing a house-cleaning service, staffed by good-looking male cleaners who provide cleaning with benefits, the film follows her as she learns how to ask for what she wants and encourages other women to do the same.

“We fell in love with this movie as we feel most people will when they see it”, says Michelle Shwarzstein, Head of Distribution at Brainstorm Media. “This film manages to tackle an often taboo subject in the funniest and most heartfelt way. People will walk away smiling.”

Paul Wiegard, CoFounder and CEO of Madmen Entertainment states, “Australian & NZ exhibitors are backing this feel-good, relatable comedy about female sexuality and vulnerability. More than 300 screens have already confirmed; the film offers a fun girls’ night out, the themes of empowerment and pleasure connecting with the primary audience.”

Thorsten Ritter, EVP Acquisitions, Sales & Marketing at Beta Cinema states, “We acquired “How To Please A Woman” very early at script stage as it resonated with us as a truthful, enlightening and smart comedy for a mature audience. I am very pleased to see all of what we envisaged from the script and the filmmakers behind it worked out so beautifully.”

Erik Thomson (“The Black Balloon”, “The Furnace”), Alexander England (“Alien: Covenant”), and Caroline Brazier (“Three Summers”, “Rake”) round out the cast of this Australian production, written and directed by Renée Webster.

It is produced by Tania Chambers and Judi Levine of Feisty Dame Productions and Such Much Films, supported by Screenwest, Lotterywest, Screen Australia. At upcoming Marché du Film in Cannes, Beta Cinema will host a market screening for HOW TO PLEASE A WOMAN on May 19, 11:30am at Olympia 3.