Tainá and the Amazon’s Guardians to Paramount+ Latin America 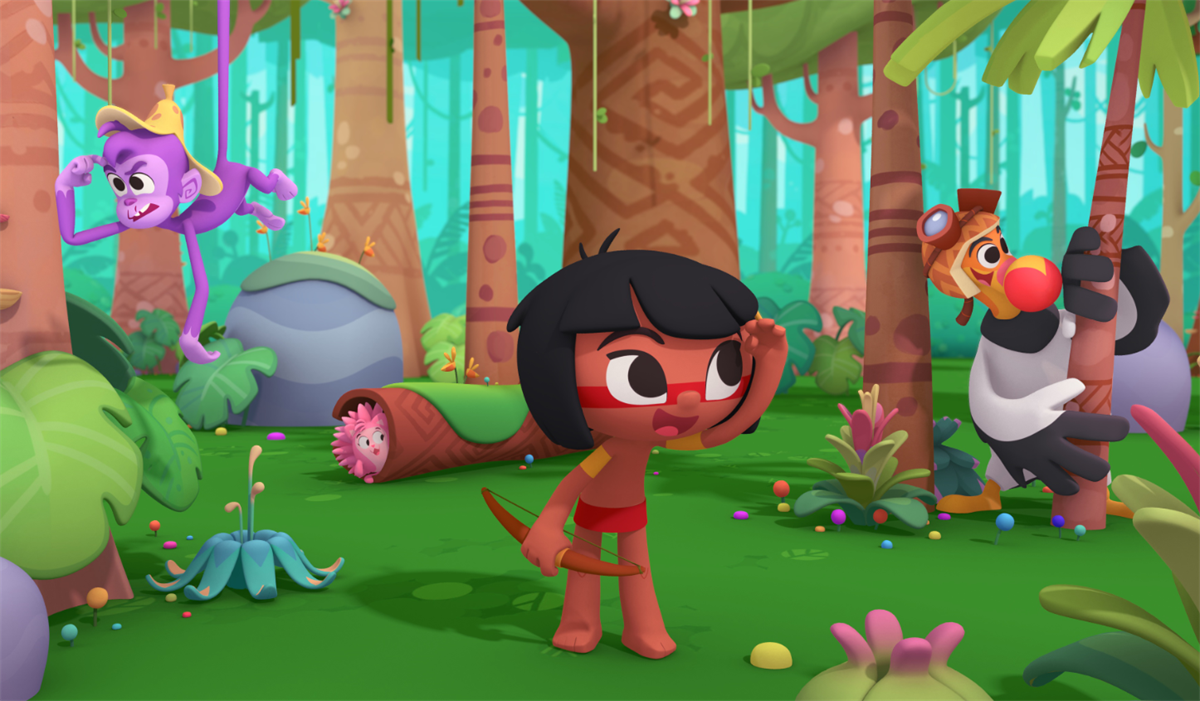 Based on the successful Brazilian films of the same name, which took millions of people to the movies in Brazil and around the world, Tainá and the Amazon’s Guardians has won 23 national and international awards and has been broadcast in more than 40 countries. The series which received public resources managed by Brazilian Film Agency ANCINE/BRDE/FSA was sponsored by RioFilme and Norsul and supported by BNDES Brazil and Band TV.

Revealing the beauty of the Amazon Forest and its extraordinary fauna and flora Tainá and the Amazon's Guardians (26 x 11’) targeted at 2- to 5-year-olds is produced by Brazilian production company Sincrocine, in association with animation studio Hype and Nick Jr Brazil. The series created by Pedro Carlos Rovai and Virginia Limberger is an optimistic, joyful, and friendly ecology tale to save the Amazon Forest.


Synopsis
In the heart of the Amazon rainforest, Tainá and her friends live in a house in the Great Tree – the tallest one and the mother of all other trees. All the animals in the forest know that whenever they need help, they can count on Tainá by calling “cru-cru”. By word of mouth, this contagious call finds its way through the forest until it reaches Tainá, who is always ready to face the challenges coming her way! Together, Tainá and her team have lots of fun in an enchanted forest, but they will also face many perils trying to protect the Great Forest. Playfully children will learn about the Amazon rainforest, stimulating them to respect the cultural differences between people, bringing a message of friendship, respect, and care for nature in each episode.