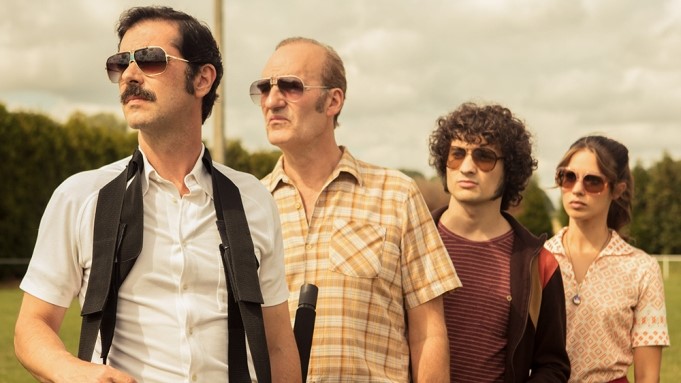 STUDIOCANAL, Europe’s leader in production, distribution and international sales of TV series and feature films, has secured a substantial distribution deal with US streaming service MHz Networks for a number of its premium CANAL+ Creation Originale series. The sales agreement, which covers VOD and Home Entertainment rights, will see season one and brand-new season two of mystery comedy UFOs, along with period crime drama Paris Police (currently in production on its a second season), become available to viewers across North America. The deal also includes a renewal for the entire eight seasons of the multiple award-winning, iconic crime drama Spiral.

“The big winners in this deal are the MHz Choice viewers who have a voracious appetite for high quality, smart and entertaining French programming, the kind that we can count on from STUDIOCANAL,” said Frederick Thomas, President, and CEO of MHz Networks. “They’re going to eat it up.”

Beatriz Campos who brokered the deal on behalf of STUDIOCANAL adds, “We are extremely pleased to have sold even more hours of our prestige series to MHz Networks, which is already the successful home in North America for our dramas Spiral and La Porta Rossa. The new season of UFOs, which we are officially launching at MIPTV, continues to be an appealing, highly bingeable comedy featuring an endearing group of quirky characters, set against the background and music of the 1970s.”

Along with the launch of the second season of UFOs (12 x 30’), STUDIOCANAL has also brought brand new dramas to MIPTV including, among others, Django (10 x 1 hour), a reimagining of the classic Western starring Matthias Schoenaerts as the eponymous Django, along with award-winning actress Noomi Rapace. INFINITI (6 x 1 hour) which blends together sci-fi crime thriller with political intrigue with a classic love story woven throughout, that echoes the current global space race. No Return (4 x 1 hour) starring Sheridan Smith, sees a fun family holiday in a seemingly idyllic Turkish beachfront resort quickly turn into every parent’s worst nightmare. Elvira (8 x 1 hour) an innovative drama from SAM Productions where Elvira's world turns upside down when Candy, a sex worker at the brothel where she works as a receptionist, goes missing.