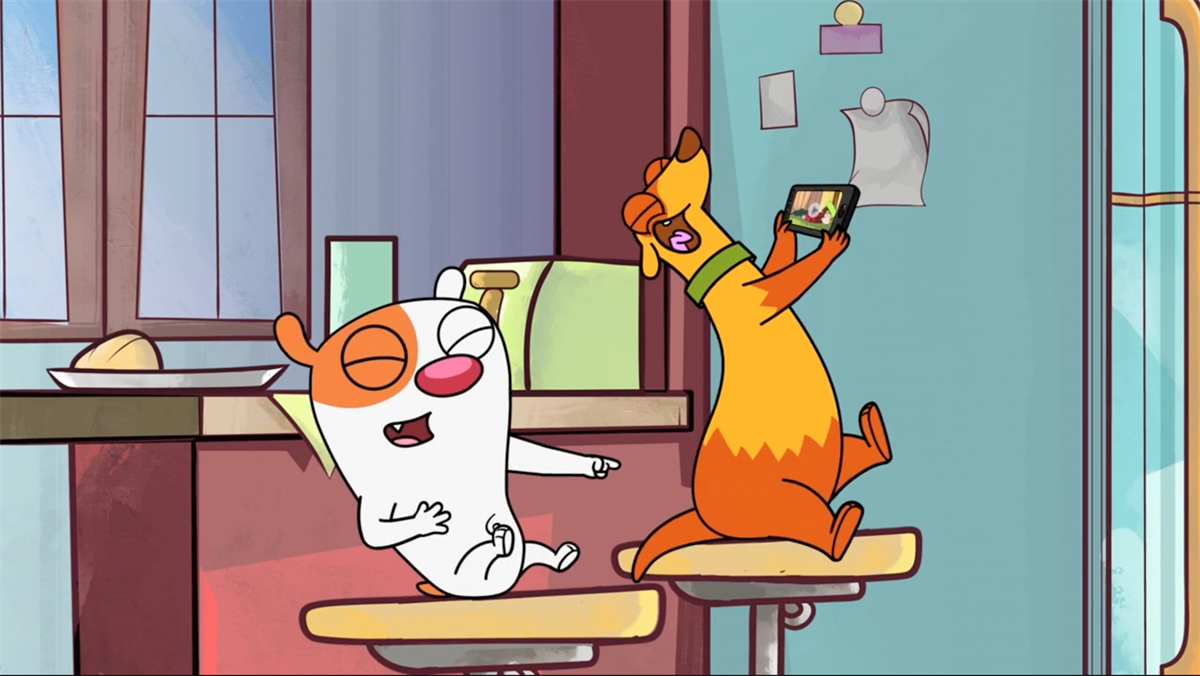 The Media Pioneers (TMP)  has acquired the international distribution rights to the first two series of Disney-commissioned Boris & Rufus, the fast-paced comedy animation series from Pacotinho Filmes and Belli Studio.
TMP will distribute ‘Boris & Rufus’ in its key territories across EMEA and Asia.
In the last 3 years TMP has developed their catalog, with a hand-picked slate of high quality children’s series and feature films including pre-school series ‘Jili & Gulu’, slapstick comedy series ‘Mironins’ for kids aged 4-7, amongst others.
Joining their slate, Boris & Rufus is a 2D comedy, adventure animation series with a Sci-Fi twist. Its loveable and energetic characters, cranky dog Boris and Rufus the excitable ferret, have adventures between their family neighbourhood and the realms of the digital world.
The two pets belong to Enzo, a teenager in love with his neighbour, Jennifer, who owns an inter(pet)net-famous cat, the insufferable Leopoldo.
Packed full of laughs and fast-paced storytelling, this series has already proven popular with kids aged 6-10 on Disney Channel LATAM. The series also airs on Disney Channel Russia as well as Televisa, SBT Play, Amazon Prime Video, and other platforms.
The series is filled with comedy gags thrown in for older kids, parents and families to enjoy together. TMP aims to widen the global success of the brand, launching the series across EMEA and Asia.