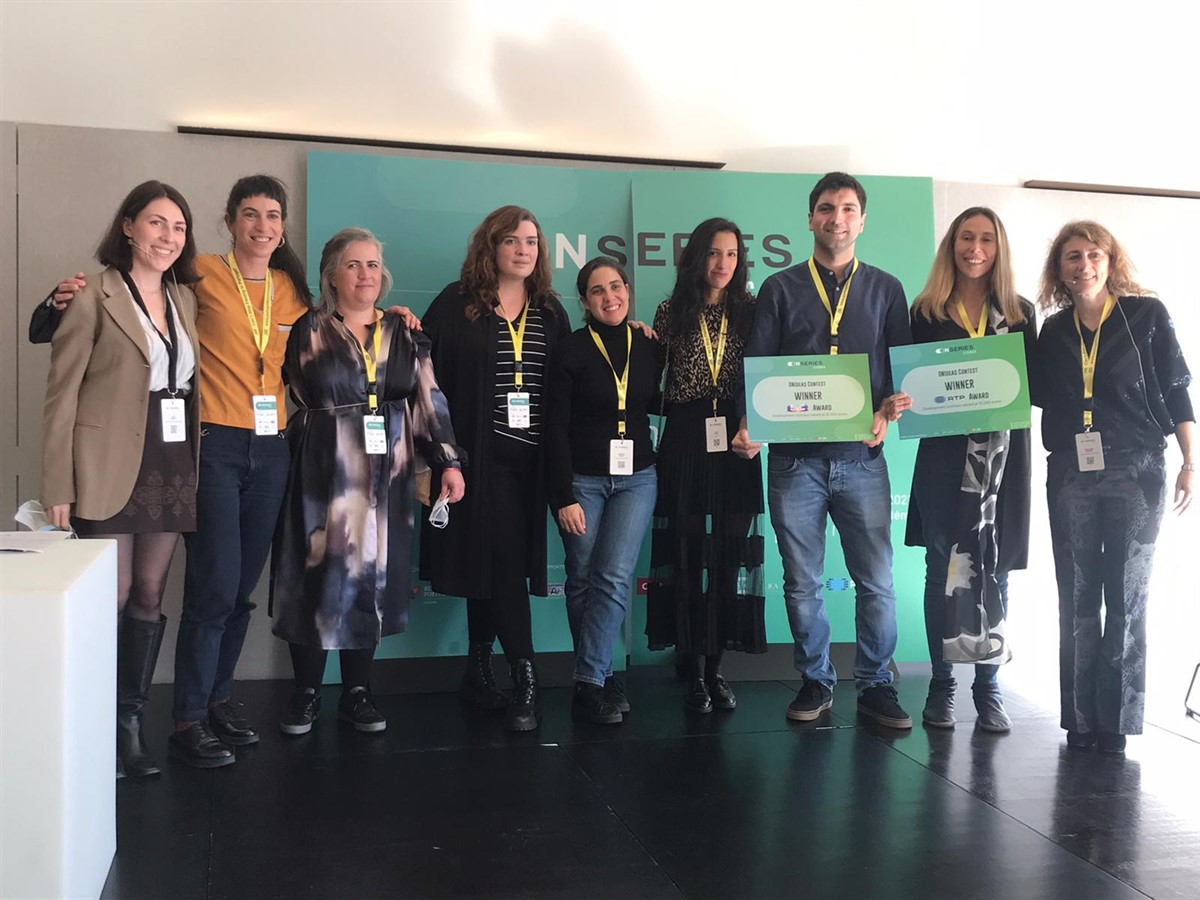 The two-days event of OnSeries held in Lisbon last week starting on Wednesday nigth (November 25-26, 2021) at the Centro Cultural de Belém (CCB), were a success with 270 participants and a full immersion into the Portugues fiction's landscape.

The event offered to its delegates numerous training and networking options with activities designed to connect local participants with international executives, like OnShowcase with four panesl dedicated to the Portugues fiction industry, the OnWork a training section with six different workshow and the OnDating a speed dating format session that brought together buyers, producers and talents, with the aim to make connection among Portuguese screenwriters and directors and an international pitching session.

ONSeries is an event organized by Géraldine Gonard’s Inside Content, the company behind Conecta Fiction in Spain, in collaboration with the Portugues Film Commission Portuguese, broadcasters, RTP, SIC and TVI, film institute ICA, and leading production companies such as SPi, Coral Europa, Plural, Fado Filmes, Maria&Mayer, David&Golias and Ukbar Filmes.

On the evening of November 24, premiered the first episode of thriller series “Natural Law" (Causa Propia), a seven-episode judicial drama produced by Arquipielago Filmes to be aired on RTP.
Created by Edgar Medina and Rui Cardoso Martins and directed by João Nuno Pinto (“Mosquito”) the series is about violent crime in a small provincial town.
The premiere soirée was attended by the production team and main cast of the series, who joined RTP representatives as hosts of the evening.

Over recent years Portugal has been renowned for either niche auteur films or high-energy telenovelas. But a new strand of higher budget TV series has begun to emerge, driven by investments by local broadcasters and streaming-platforms, co-productions, production subsidies and an incentive scheme that now offers an up to 30% of spend cash rebate.

Streaming platforms are upping their investments in Portuguese TV series. Recent examples include “Gloria,” produced by SPi for Netflix and RTP.

Pubcaster RTP is involved in two major Spanish-Portuguese crime thrillers, to be presented during the event – “Sequía” (Drought), produced by Atlantia Media (Spain) and Coral Europa (Portugal) for RTVE and RTP; and “Operation Black Sea,” produced by Ficción Producciones (Spain) and Ukbar Filmes (Portugal) for Amazon Prime and RTP.

On Thursday, November 25 were announced the launch of two Portuguese-language streaming platforms, the recently launched Opto SIC and Brazil’s fast-expanding Globoplay, presented, in separate sessions, an early breakfast in the morning with Globo, and a panel presented by SIC's CEO Francisco Pedro Balsemao who presented the new service and the new services.

New funding opportunities available in Portugal were explained in a workshop by Manuel Claro Film Commissioner, focusing on subsidy grants for audiovisual productions and the 30% cash rebate scheme, that is available for fiction series with a minimum eligible spend in Portugal of €500,000 ($560,000).

To help provide seed funding for new projects, the OnIdeas pitching session had shortlisted six projects, from Portugal, Brazil and France, selected from 44 projects, competing for €15,000 ($16,800) and €10,000 ($11,200) development awards, granted by Portuguese broadcasters RTP and SIC, respectively. The two winners were announced on Friday, November 26: Desassossego and Waterline will get the possibility to further develop their projects with the Portuguese Broadcasters.