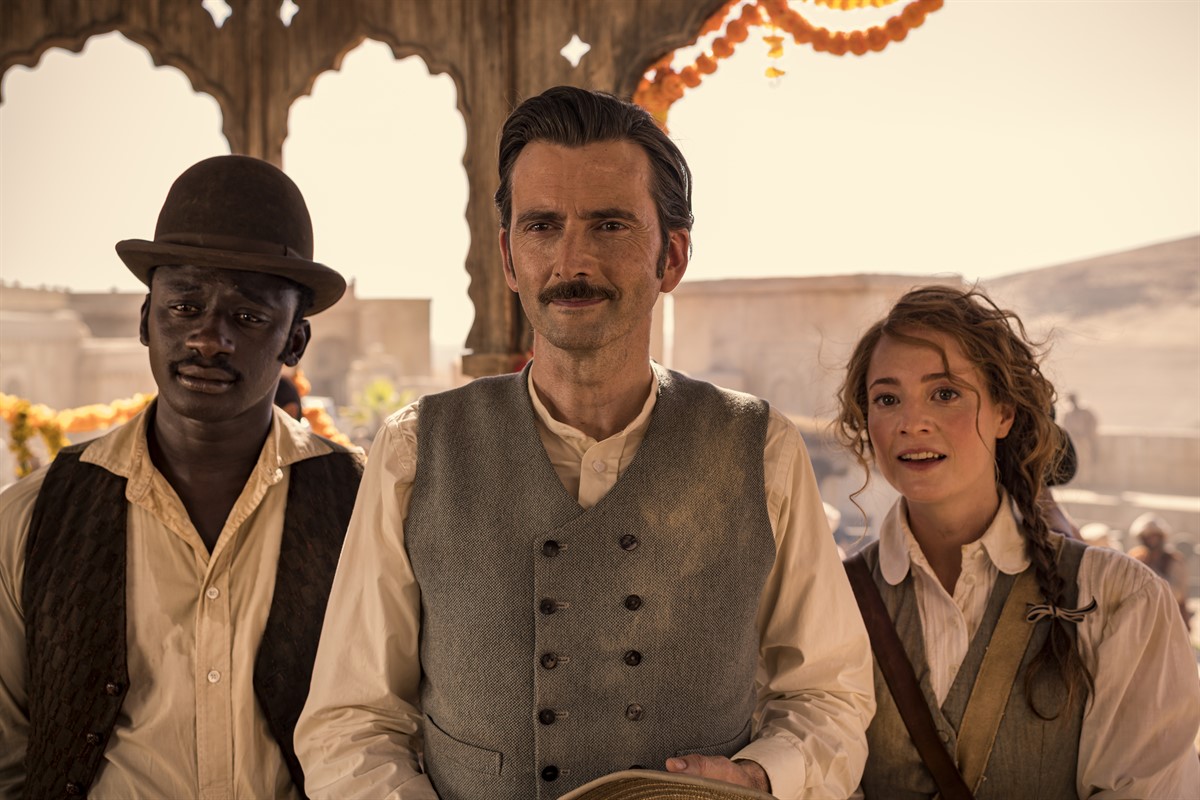 Following their successful collaboration on Around the World in 80 Days, the much-anticipated high-end, international coproduction based on the iconic novel by Jules Verne, Slim Film + Television (Simon Crawford Collins) and Federation Entertainment (Pascal Breton, Lionel Uzan) announced today that they are already in advanced development on a follow up to Around the World in 80 Days and also on another ambitious adaptation of their next Jules Verne classic: Journey to the Centre of the Earth.

Both series will, once again, be produced by Simon Crawford Collins for Slim Film + Television and Lionel Uzan for Federation, with Ashley Pharoah (Around the World in 80 Days, Life on Mars, The Living and the Dead) showrunning the adaptations.

Around the World in 80 Days season 2 will see the next chapter in Verne’s timeless classic as Phileas Fogg and his team take another perilous challenge to traverse the globe.

Journey to the Centre of the Earth follows Professor Lidenbrock, an adventurous geology professor who chances upon a manuscript in which a 16th-century explorer claims to have found a route to the earth's core. The Professor leads a life-threatening expedition that will unearth secrets about the origins of humanity and its future.

Crawford Collins said “We have loved working on the sequel to Around the World in 80 Days and now we are excited to also bring Ashley’s trademark blend of humour and emotion to Journey to the Centre of the Earth. Ashley has developed an ensemble of exciting new and updated characters to bring a fresh and modern take to another of Jules Verne’s beloved novels.”

Lionel Uzan said “We couldn't be more excited to embark on this thrilling new adventure with Slim and keep exploring Jules Verne's deeply compelling and trailblazing legacy together. Working hand-in-hand on Around the World in 80 Days has been an inspiring experience for us all, and fresh-off this first globe-trotting odyssey together, it only seemed natural that our next journey would bring us to the innermost depths of our planet and its many secrets through this ever-more relevant story.”

Slim Film + Television and Federation have collaborated on the much-anticipated series Around the World in 80 Days, 8 x 52’, starring David Tennant, Ibrahim Koma and Leonie Benesch in the leading roles, which is due to launch soon on France Télévisions, ZDF, RAI (the European Alliance), as well as on Masterpiece PBS, RTBF and BBC.