Love is in the Air across Latam 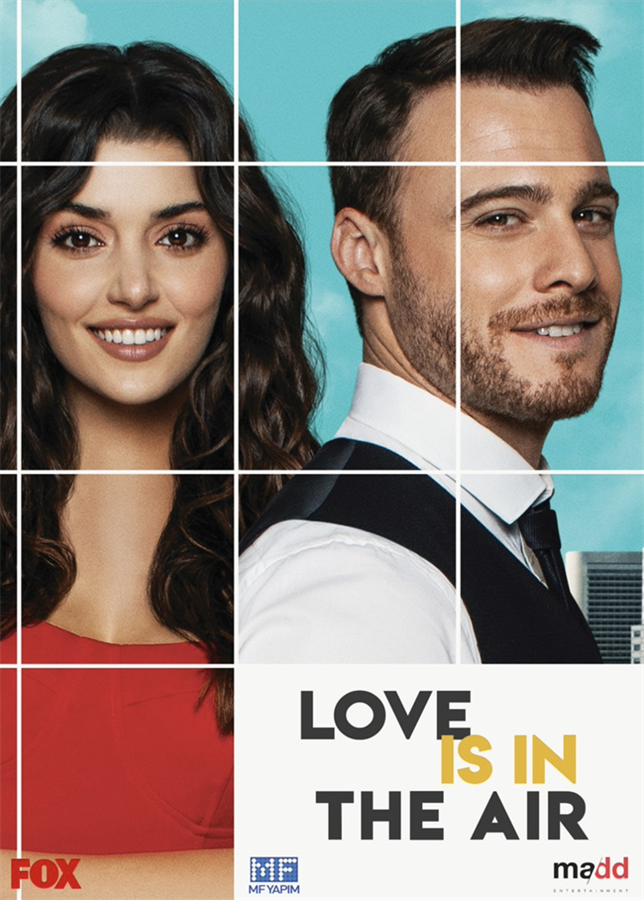 MADD Entertainment, the world’s leading distributor of Turkish dramas, today announced deals bringing its hit series LOVE IS IN THE AIR to over 85 territories, including seven recent sales in the Americas alone. Recent sales bring LOVE IS IN THE AIR to new broadcasters in Chile, Costa Rica, Honduras, El Salvador, Peru, and Puerto Rico as well as Telemundo, the leading network serving the US Hispanic market.

The series is by far one of MADD Entertainment’s fastest-selling series. So far LOVE IS IN THE AIR has already been placed in all around the world, including broadcasters as diverse as Mediaset in Western Europe, MENA’s MBC, the CIS and Baltic states via Fox Network Group and HBO Max Latam.

MF Yapim’s romantic drama has become a truly global phenomenon since it first launched on Turkey’s Fox TV in the summer of 2020, where it aired under the title Sen Çal Kapımı. Its international success was driven by the unprecedented social media attention to its two lead actors, Hande Erçel and Kerem Bursin. The couple’s on-camera chemistry has captivated fans from all over the world, to the point where most of Miss Erçel’s 25 million and Kerem Bürsin’s 10 million Instagram followers hail from across Europe and Latin America.

Eda is a bright, beautiful young woman working at a florist. She dreams of getting her degree and moving to Italy, but her dreams are shattered when the heir to the Bolat Holding Company cancels he scholarship so she has to drop out of University. Now only two things keep her going —her love of plants, and her hatred of Serkan Bolat.
When Serkan comes to speak at the university, Eda is protesting outside. A series of unfortunate events leaves these two handcuffed together for most of the day during when Eda learns that Serkan really is everything she hates: arrogant, self-centered and a complete control freak. For his part, Serkan couldn’t care less, but when the media mistakenly link the two, he hatches a plan to use Eda to get back at the ex-girlfriend who dumped him and is now engaged to another man.
The unlikely pair come to an agreement. Eda will pretend to be Serkan’s fiancé, and he will reinstate her scholarship. The arrangement will only last for a couple of months until his ex’s wedding, but pretending to be the fiancé of one of Istanbul’s most eligible bachelors turns out to be a lot harder than Eda imagines. What starts as a simple deal doesn’t stay simple for long.


Select territories remain available for this incredible hit series. For more information on these and other popular Turkish dramas, please contact your MADD representative or visit www.madd.tv.