Poker of formats for Casta Diva 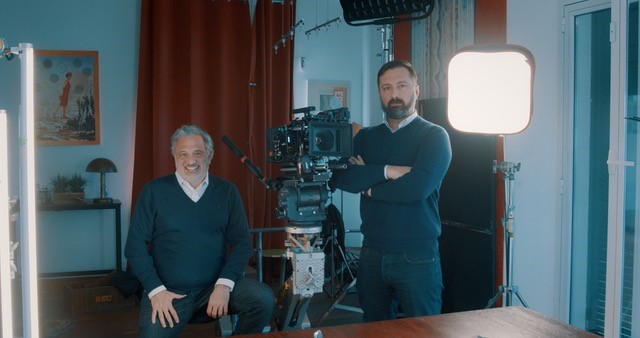 The newly created unit (part of Casta Diva Group) is actively operating in the sector thanks to its creativity and pace of execution, while planning and producing 4 original formats in 10 months.

Casta Diva Entertainment, the new business unit for the world of television, whose offices are at the same location of Casta Diva Pictures (part of Casta Diva Group), in just less than a year from its establishment has already stood out in the sector for having planned and produced 4 original formats, as well as having worked on other projects, some of which have already been broadcast.
Among the new projects created by the creative team of Casta Diva Entertainment we can include Tarabaralla – Finché c’è dolce c’è speranza, C’è ciccia, Un amore da favola and Love Twist.
Tarabaralla and C’è ciccia have already been broadcast on Food Network: the first one is a pastry show hosted by Damiano Carrara with 6 VIPs and influencers trying to make good and instagrammable desserts, engaging in various tests, both theoretical and practical; the second one is a journey to discover the world of meat, from the finest cuts to the tastiest recipes, hosted by Luca Terni and set in the heart of Maremma.
But the most interesting projects will be revealed between the end of 2021 and the beginning of 2022, when some of the most innovative original formats will come to life, two, truly unique, dating shows: the first one will be Un amore da favola, coming soon on Discovery Plus, a docu reality-dating show in costume, set in the 19th century, which will take the protagonists back in time to look for their soul mate without the help of technology; the other will be Love Twist, created by Massimo Righini, Francesco Gorgoni and Diego Di Flora and reserved for homosexual boys, which will see the two protagonists looking for great love among 14 suitors, who will compete with a series of tests designed to test their personalities and show their true colours and behaviours.

“We are very satisfied with these projects”, Fabio Nesi and Massimo Righini announced, respectively CEO of Casta Diva Pictures and Chief Creative Officer of Casta Diva Entertainment. “In particular, we strongly believe in Love Twist: despite the fact that in Italy the format is still unreleased, we have already started negotiations with an important international distribution company for its broadcasting in other countries. As for broadcasting on Italian channels, at the moment we have two large groups interested in this, but we are evaluating all the opportunities for us ”, Nesi and Righini concluded.