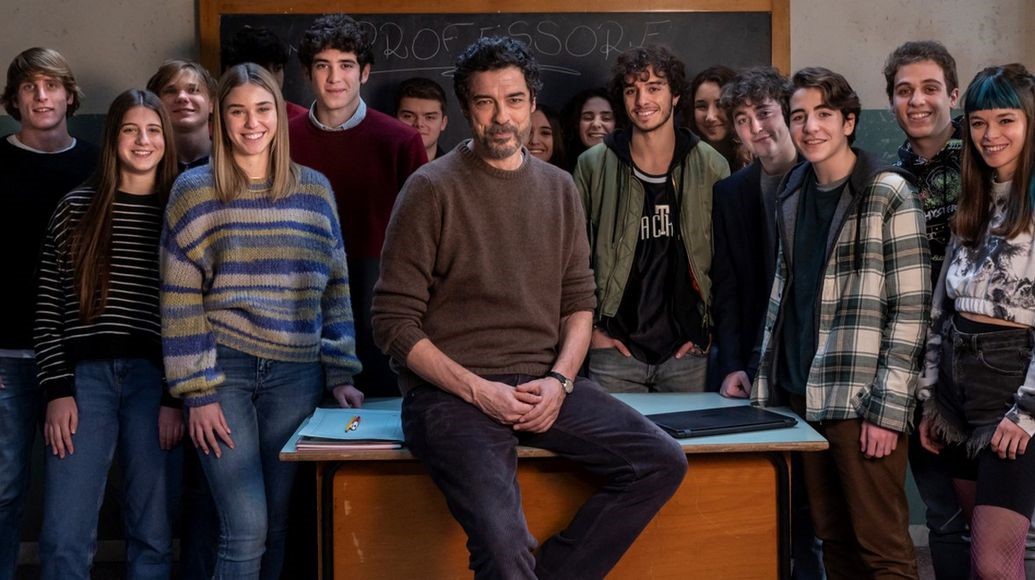 Rai 1 will brodcast the series Un Professore, on Thursday, November 11 at 21.40.
The series (6 episodes) based on the Spanish scripted format Merlì is produced by Banijay Italia with Rai Fiction and directed by Alessandro D’Alatri, with Alessandro Gassmann and Claudia Pandolfi.

Alessandro Gassmann, in this TV series, plays the role of Dante Balestra, a charismatic and unconventional professor of philosophy who, through the teachings of the great philosophers of the past, will try to solve the daily problems, large and small, of his students. Due to a deep wound from the past, the relationship between Dante and his son Simone is not one of the best. Claudia Pandolfi, on the other hand, plays the role of Anita, mother of Manuel, a repeating student that Dante will take under his wing, a single woman, with many stories behind her, who, in the past, has already met Dante and who will try to scratch the armor behind which the professor hides his emotions and feelings.
The rest of the cast is made up of Nicolas Maupas, Damiano Gavino, Francesca Colucci, Christiane Filangieri, Elisa Cocco, Luna Miriam Iansante, Simone Casanica, Beatrice De Mei, Davide Divetta, Davide Mirti, Alessio De Lorenzi, Paolo Bessegato, Federica Cifola, Margherita Laterza, Sara Cardinaletti, Andrea Giannini, Lucio Patanè, Giorgio Gobbi and Loris Loddi.