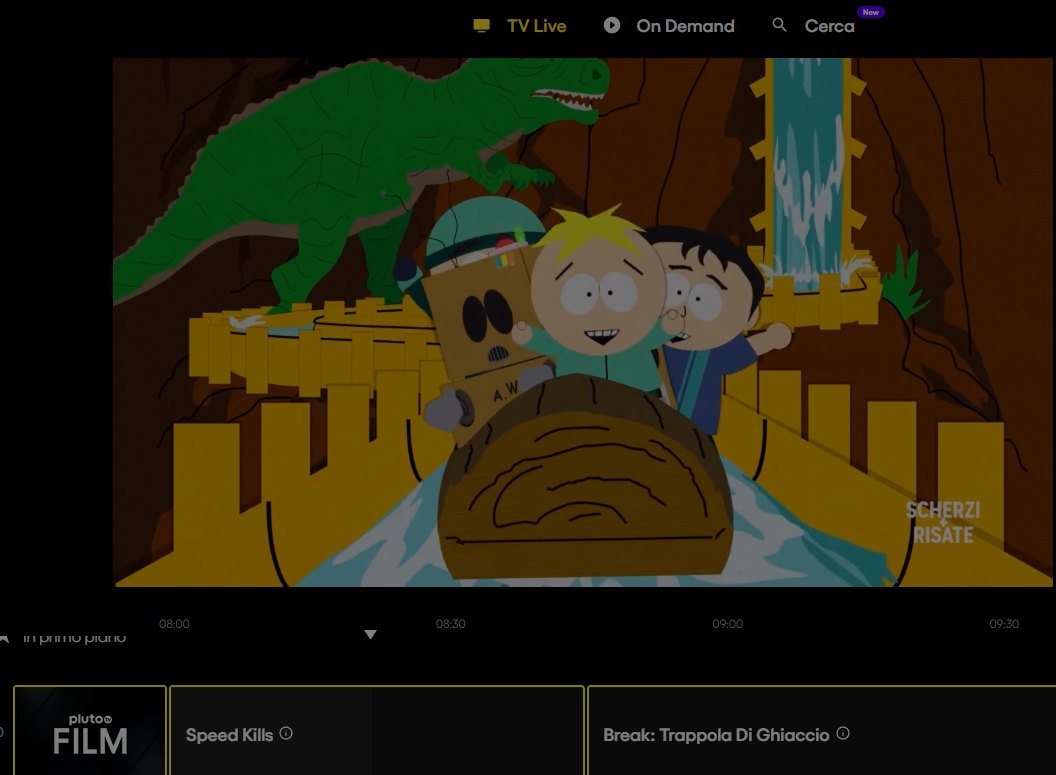 Pluto TV is a new streaming service is available in Italy  starting on October 28th. The   platform offers a completely service free and without login, with 40 linear channels at launch, reminiscent of good old TV (but there is also content on demand).

The offer is obviously supported by advertising: we speak of an average of 4 commercials of 2 minutes per hour, which will be proposed as advertising breaks in the middle of the contents (but without pre-roll).

Pluto TV is accessible from the web (pluto.tv), but also via mobile applications (for Android and iOS), on Chromecast, FireTV Stick, Google TV, Apple TV and on Samsung and LG smart TVs. In all cases, the user will be able to select one of the available channels (40 at launch, which will grow to 55 by the end of the year), of which the programming for the next few hours; but in case you prefer to manually choose what to watch, there is also a selection of content on demand (in the case of a TV series, the season and episode selection will obviously be available).

Users will find a menu that groups the contents by thematic areas (Crime, Comedy, Sport, Children, etc), which will refer to specific channels. Among the numerous channels, which will grow over time, there will also be temporary ones, for example dedicated to specific events or periods of the year (such as Christmas, for example).

The idea of ​​Pluto TV is to have content selected by an editorial team: the schedules of the channels are in fact handled by a dedicated team, and not entrusted to an algorithm.

But in addition to watching content in linear form following the schedule (like the old TV, in short), users can also select from the numerous content on demand: currently, about 65% of the catalog it is also available in on-demand form and, of course, the available movies and TV series will be updated periodically.

Speaking of content, among the big names available on Pluto TV channels it is certainly worth mentioning horror cult such as The Ring or great Italian classics like Thus spoke Bellavista, among the series definitely stand out Peaky Blinders e South Park, there are souls (one above all, Inazuma Eleven) and there is no shortage of content for children, including Spongebob O Paw Patrol for the little ones.

In short, it seems that interesting contents are not lacking: over time, new ones will be constantly added, thanks to the constant acquisition of rights, but also to the original productions. At the moment, all contents are exclusively in Italian (dubbed), which might make lovers of the original language turn up their noses, but Pluto TV is already working to bring the original audio with subtitles.

Pluto TV is a service of ViacomCBS which debuts in Italy with a partnership con Sky Media (which deals with advertising sales); in 2022, Paramount +, the new on-demand streaming service of the ViacomCBS group, will also debut in Italy.