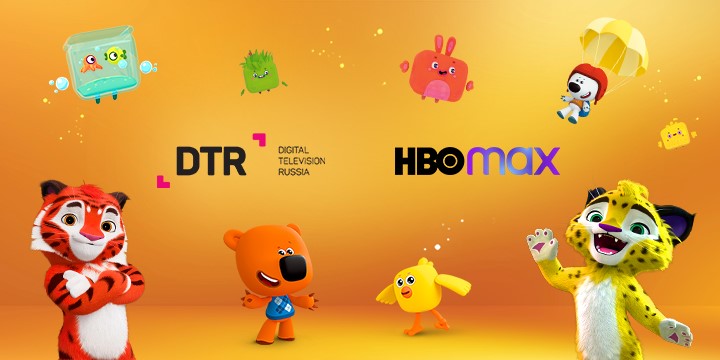 Digital Television Russia Group is expanding the broadcasting geography of its projects. Three animated series will soon be available in Latin America, the Caribbean and Central America.

In October, the HBO Max streaming platform will release animation shows “Be-be-bears”, “Leo & Tig”, and “Cutie Cubies”, created by Parovoz Studio and commissioned by Digital Television Russia. The cartoons have been translated and fully adapted into several languages: Spanish, Portuguese and English.

WarnerMedia Latin America acquired the rights to broadcast these popular animated series on HBO Max in the region through a deal struck with DTR.

HBO Max is an American subscription video-on-demand streaming platform owned by AT&T's WarnerMedia, through its WarnerMedia Direct subsidiary. The service was launched on May 27, 2020, and has nearly 45 million subscribers. The platform combines various film and television properties, offering a range of original programming and library content from the company as well as additional content licensed through third-party distributors.

The animation series “Be-be-bears” features funny stories about two bear cubs: Bucky and Bjorn. Along with the bear cubs, children learn about the world around them, get acquainted with a wide variety of subjects and how they are made, go fishing, climb trees, investigate the world, collect honey, read books and even fly to the moon!

“Leo & Tig” is about a little leopard – Leo, a young tiger – Tig, and their friends. The life of animals is full of adventures, where they always emerge victorious, overcoming their fears and helping each other. They are interested in everything, encounter unusual natural phenomena, solve riddles, and come to the aid of those in need.

The “Cutie Cubies” project is a story about four alien-cubes who get stuck on Earth after their Cubo-ship crashes. Here they meet a girl named Lily, and together they must face many of life’s most simple situations. Thanks to the inexhaustible optimism of the Cubies, even the most boring things become a really fun game and quite a show.