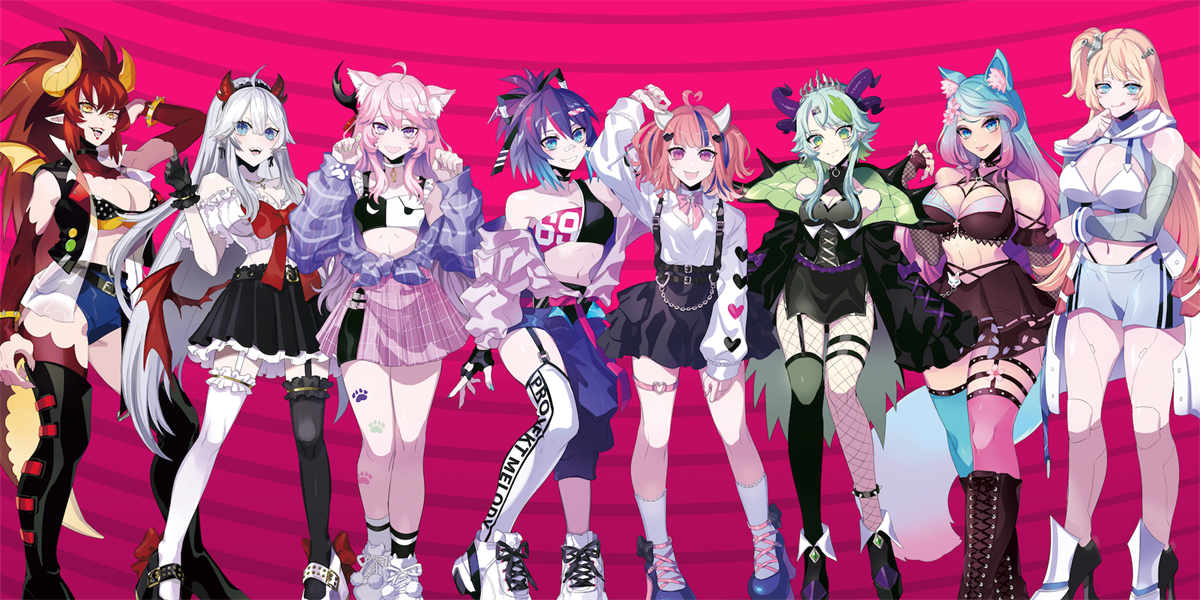 Nippon TV, Japan’s leading multiplatform entertainment powerhouse, announced today that it is bringing what was a new business initiative into full swing. The company is expanding V-Clan, its VTuber business, overseas to develop and produce VTuber content. A VTuber, short for Virtual YouTuber, is an avatar YouTuber created with 2D or 3D illustrations. As part of its efforts to expand the network internationally, Nippon TV is partnering with VShojo, a major VTuber talent agency in North America. Within this new partnership, eight VShojo VTubers who worked primarily in North America will be joining Nippon TV’s V-Clan Network. The announcement was made today by Motoyuki Ooi, New Business, President’s Office at Nippon TV.

In addition, this new partnership with VShojo paves the way for content to be created internationally while leveraging Nippon TV’s production expertise to showcase VTubers, as well as English language programs starring VTubers belonging to the V-Clan Network.

Motoyuki Ooi, New Business, President’s Office, Nippon TV, commented, “VTubers are increasing at a surprising speed not only in Japan, but also globally and I am confident they will continue to grow as a new genre in entertainment. V-Clan will utilize the development and production prowess that Nippon TV has acquired from creating programs and will also tap into the experiences and knowledge acquired from operating the VTuber business, to deliver content that will delight fans the world over. Our partnership with VShojo is a significant step in that direction and I look forward to taking advantage of each other’s strengths to embark on new initiatives that transcend borders.”

Justin "theGunrun" Ignacio, CEO, VShojo Inc. commented, “As the VTubing industry matures, I value learning and respecting the people who paved the way. At VShojo we recognize Japan as the forefathers of the culture we wish to grow internationally.
By partnering with Nippon TV, we see an opportunity to work with someone who respects the creative freedom we offer our talent and supports our broader vision. Because Nippon TV is a powerhouse in the Japanese market and we are having a lot of success in the US, this collaboration will enable both of our companies to thrive on a global scale while establishing important milestones in the VTuber industry.”

Among the most distinctive content Nippon TV has produced in this realm are VILLS, a paid live-streaming event that created an enormous amount of buzz and ranked in the sixth place on Twitter’s worldwide trends, and VTuber Fes. UnderLine Powered by COMP, a sponsored live-streaming music event that mobilized over 60,000 people in one day to put together a show massive enough to warrant a stadium. In addition, the company promotes its VTuber business in its main business of content production for television. In July 2021, Nippon TV’s program Project V put real-life entertainers and famous VTubers in the same space to offer a fresh television experience of in-the-flesh and virtual guests getting together to take on battles and games.

Going forward, V-Clan plans to take its promotion of programs and events and production of music and content that feature famous VTubers to greater heights. Moreover, V-Clan will roll out media initiatives that focus on the broadcast of the television series Project V, with VTubers as its main cast, and Up-Station, a website specializing on all things VTuber.