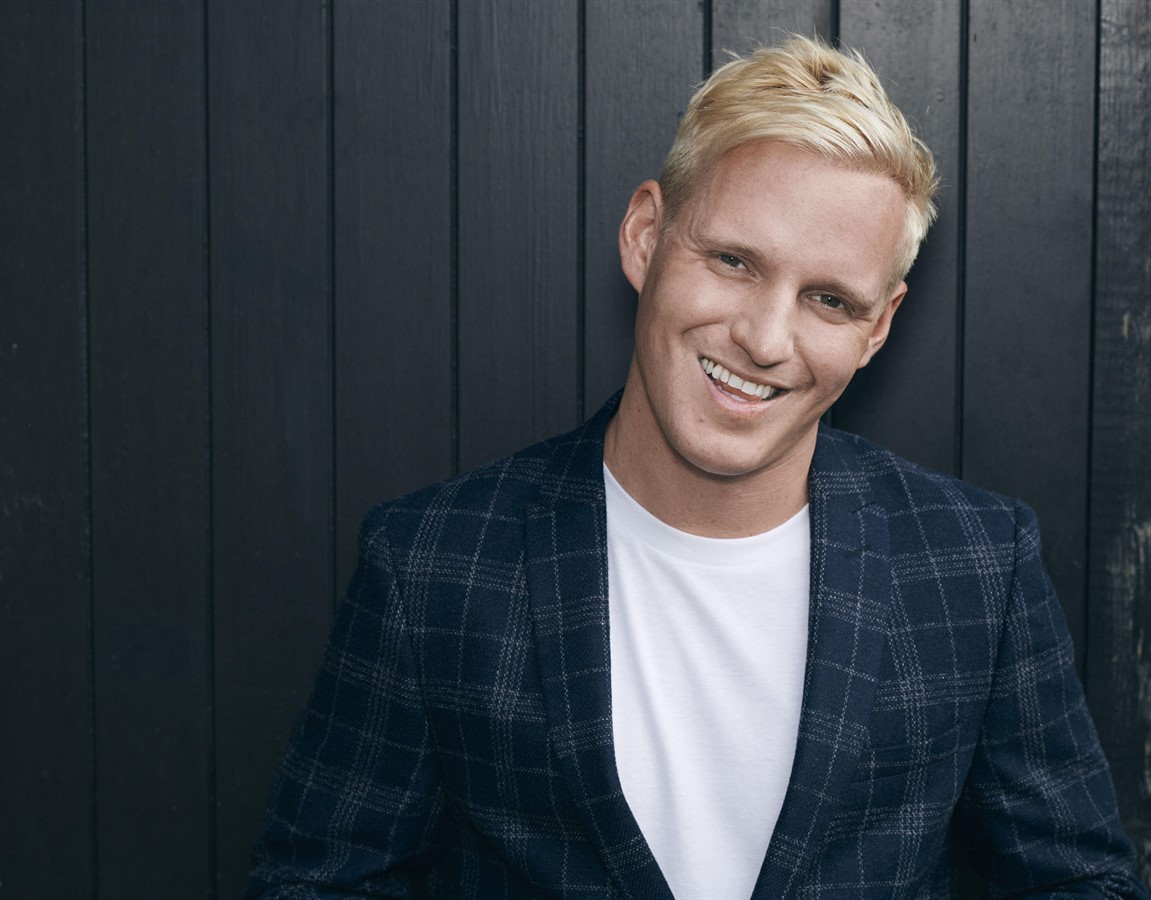 BBC Studios announced today that it will represent the format rights for new entertainment series I Like The Way U Move and will present the unscripted format to international buyers for the first time during MIPCOM 2021.

A BBC Studios Production, I Like The Way U Move sees five single professional dancers partner up with rookie non-dancers at ‘the mixer’ in a bid to find love. The newly formed couples are then given a themed, intimate dance routine to perfect in just 48 hours. They live and rehearse together in “the house” where romance and drama unfolds. Each episode, they’re judged on their chemistry and connection at the “dance off” by the host, a resident dance expert and a special guest. The couple with the least connection is eliminated and the "most fire" couple who demonstrate the best connection across the series, wins. Featuring dramatic house reality, stunning dance performances and emotional eliminations, this breakthrough format promises dating reality and dancing drama in equal measure.

The UK original BBC Three series will air as a boxset on BBC iPlayer as well as weekly transmissions on BBC One. The Executive Producers for BBC Studios are Mel Balac and Kelly Lynn and the Series Producer is Sarah Church.

Sumi Connock, Creative Director of Formats at BBC Studios said “This is a fresh and ambitious format that brings dating, reality and dance together in one intimate and explosive package. It’s not about precise steps or perfect dance routines, it’s about forming a genuine connection and is sure to have international audiences hooked when things get hot and steamy both on and off the dance floor.”

On 13th October from 10:45-11:45 CET I Like The Way U Move UK hosts Jamie Laing and resident dance expert, Kaelynn ‘KK’ Harris, will give buyers an access-all-areas tour of the incredible set for this dating and dancing reality show, and Ex-Rated host Andy Cohen discusses the show that asks – what do your exes really think about you?

BBC Studios will also present the best of scripted comedy formats on 12th October from 09:00- 10:00 CET. Creative Director of Formats Sumi Connock celebrates 20 years of multi award winning series The Office with co-creator, writer and star of the show Ricky Gervais and hears from the international actors who play local incarnations of David Brent, Piotr Polak from the forthcoming Polish version, and Mukul Chadda and Luis Gnecco from the Indian and Chilean versions. SVP, Global Format Sales André Renaud joins to present highlights from BBC Studios’ rich catalogue of Scripted Comedy Formats including the darkly twisted anthology series Inside No. 9, Ghosts, This Country and Miranda.

Ex-Rated
What do your exes really think about you? Each episode, one unlucky-in-love singleton braves unfiltered feedback from their former partners through an ‘exit survey’ of revealing categories. In an attempt to understand why their relationships didn’t last, they are rated on everything from sexual prowess to relationship skills and must confront the highs, lows and most intimate details of their past relationships. Featuring professional advice from our resident dating expert and face-to-face confrontations with their exes, each contributor learns how to improve their experiences both in and out of the bedroom. Ratings, reunions and dirty little secrets are all laid bare in this brand-new, no-holds-barred entertainment show.
Created and developed by BBC Studios Los Angeles and Mighty Productions.

Money Bags
The high-stakes game show where contestants can get their hands on a fortune by literally grabbing it! Contestants put their mental speed to the test as they face a series of questions and must grab the moneybag with the correct answer before it passes them on a moving conveyor belt. If they pick the correct bag, they bank the cash, but if they’re wrong they could lose everything. With a massive £1 million up for grabs each week, the game isn’t over until the last bag comes out.
A Youngest Media Production for Channel 4.

Style-Fixers
The Style Fixers go bargain hunting and upcycling to create eco-friendly fashion fixes. Each week, the Style Fixers – two hosts with a passion for fashion – go head-to-head to create eco-friendly fashion fixes for people stuck in a style rut. Armed with a modest budget, they each take a client’s brief, and one item from their existing wardrobe, and give them the ultimate sustainable makeover. Trawling second-hand stores for thrifty finds, they share styling tips and showcase their upcycling skills. The end goal? To be the weekly winner, transforming their client’s fashion faux-pas, and proving that second-hand clothes really can make first-class fashion.
A Mighty Production.

Cook Clever, Waste Less
Cook Clever, Waste Less aims to transform cooking and food shopping habits by showing us how we can help our pockets and the planet by being more thoughtful about the food we waste. This format sees two celebrity cooks inspire one family in each episode, with ideas for easy-to-make recipes and delicious meals using store cupboard staples and leftovers that would otherwise be destined for the trash. Featuring top tips and expert advice for wasting less food, saving money and healthy meal planning, this format will help us all to change our habits and revolutionise how we consume food for the better.
A BBC Studios Production for Channel 4.

Wakefield
This intriguing eight-part psychological mystery explores the fine line between sanity and madness.
It centres around a gifted psychiatric nurse, Nik Katira, who begins to lose his grip due to a series of events that trigger the memories of a mysterious trauma from his past. Surrounded by a rich cast of characters, this series sees Nik battle his own inner demons while simultaneously trying to bring his patients back to reality. Wakefield tackles the subject of mental illness in a compassionate, unique and multifaceted way and is a powerful show that’s both authentic and universal.
A Jungle Entertainment Production

The Office
Celebrating its 20th year in 2021, Ricky Gervais and Stephen Merchant’s comedy has found global success with 12 local versions now licensed around the world. Be it Michael Scott in the USA, Giles Triquet in France or Jagdeep Chadda in India, every country has a David Brent – the inept middle manager who makes your office nine-to-five a living hell. The Office presents a hilarious mockumentary look at the petty rivalry, bad management and love affairs that plague office life. It has won multiple awards including two Golden Globes, six BAFTAs, and the Rose d’Or.
A BBC/BBC America co production

Inside No.9
An anthology of darkly comic twisted tales, each taking place behind a mysterious ’No.9’. This quirky series invites you to step into a cacophony of No.9s, where the ordinary and mundane rub shoulders with the extraordinary and macabre. From a grand country house where an innocent game leads to some chilling revelations in a wardrobe, to a very peculiar haunted house, and to the apartment of an apparently happy primary school teacher who becomes the victim of a good deed, these unpredictable tales feature high comedy and claustrophobic horror by turns, each in a different style, from the completely silent to the deliciously gothic. The only question is, do you dare knock on the door?
A BBC Production

Ghosts
A multi-character sitcom created by the writer-performers behind five-time BAFTA-winner Horrible Histories. Crumbling country mansion Button House is home to restless spirits who’ve died there over the centuries. Each a product of their time, they’re thrown together for eternity, squabbling over mundane gripes. But their afterlives are thrown into turmoil when young urban couple Alison and Mike inherit the house and plan to turn it into a hotel. As the ghosts attempt to oust the newcomers, and Alison and Mike discover the scale of the project, fate traps both sides in an impossible houseshare. Cue all kinds of comedy chaos, with every day a matter of life and death.
A Monumental Television production in association with Them There for BBC

This Country
Praised as one of the best British comedies in years, this mockumentary hit has catapulted its young writer- performers – Charlie and Daisy May Cooper – to instant star status. Feckless cousins Kerry and Kurtan live in the picturesque, but depressingly dull, village of Northleach. As they fritter away their days, they push their friendship to breaking point by winding each other up. But, whether suffering the indignity of Kerry’s house being pelted with plums, or celebrating the death of their old woodwork teacher with a bottle of cheap booze, they always stay loyal to each other.
A BBC Studios Production for the BBC

Miranda
Miranda is the critically acclaimed and multi-award-winning sitcom written by Miranda Hart. Miranda is desperate to fit in, but her public-school background makes her a misfit down the pub, and she’s never quite fitted in with childhood rival Tilly, or the rest of the girls. She can’t quite grasp how to behave socially and constantly creates embarrassing situations for herself, especially around men - usually with hilarious results. Welcome to Miranda’s world.
A BBC Production.