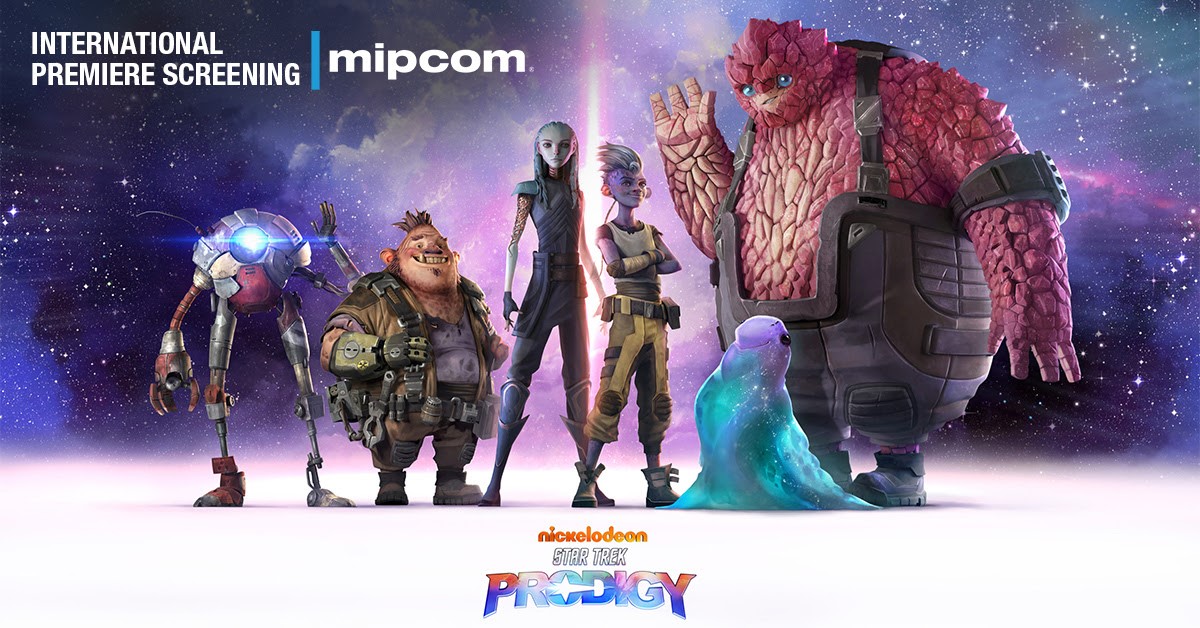 Developed by Emmy® Award winners Kevin and Dan Hageman (“Trollhunters” and “Ninjago”), the CG-animated series STAR TREK: PRODIGY is the first “Star Trek” series aimed at younger audiences, and will follow a motley crew of young aliens who must figure out how to work together while navigating a greater galaxy, in search of a better future. These six young outcasts know nothing about the ship they have commandeered – a first in the history of the “Star Trek” franchise – but over the course of their adventures together, they will each be introduced to Starfleet and the ideals it represents.

STAR TREK: PRODIGY is from CBS’ Eye Animation Productions, CBS Studios’ new animation arm; Nickelodeon Animation Studio, led by President of Animation Ramsey Naito; Secret Hideout; and Roddenberry Entertainment. Alex Kurtzman, Heather Kadin, Katie Krentz, Rod Roddenberry and Trevor Roth serve as executive producers alongside co-showrunners Kevin and Dan Hageman. Ben Hibon directs, co-executive produces and serves as the creative lead of the all-new animated series. Aaron Baiers also serves as co-executive producer. Claudia Spinelli is Nickelodeon’s Head of Animation Development with Kelley Gardner serving as Executive in Charge of production on STAR TREK: PRODIGY for Nickelodeon. Stephanie Groves is the Executive Vice President of Streaming and Cable Series for CBS Studios overseeing the series. STAR TREK: PRODIGY is distributed by ViacomCBS Global Distribution Group. It debuts on Paramount+ in the US on 28th October with a one-hour premiere episode, and will also be available to stream on Paramount+ in international territories including Latin America, the Nordics and Australia.

MIPCOM and CANNESERIES are also presenting World Premiere Screening of AROUND THE WORLD IN 80 DAYS (Sunday 10 October), telling the well-loved story of the race around the world of an English gentleman, Phileas Fogg. The series is co-produced by the European Alliance formed by France Télévisions, ZDF and RAI, with additional co-production partners, Peu Communications in South Africa, Masterpiece PBS in the USA, Seven West Media in Australia, Be-FILMS and RTBF in Belgium and Daro Films