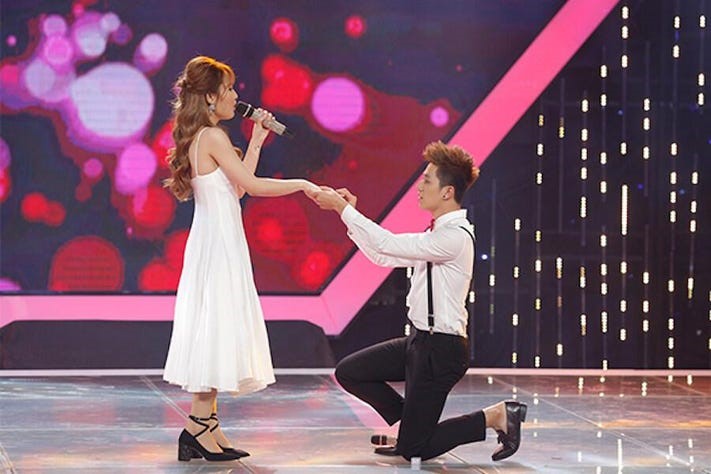 The show has had two incredible seasons on TV3 and will air the 3rd season before the year end. The Malay version entitled ‘Lagu Cinta Kita’, debuted on the channel in April 2019, with a second season the following year. The show reached approximately 4 million Malaysians, whilst also trending on social media on a weekly basis. The aim is for Season 3 to be as successful in matchmaking contestants, seeing as how Lagu Cinta Kita 1, saw two couples tie the knot.

According to Nini Yusof, Deputy Chief Executive Officer, Media Prima TV Networks, “Since Lagu Cinta Kita debuted on TV3, Malaysia’s number 1 TV channel, it’s proven to be one of the most highly anticipated programmes amongst our viewers on Free-To-Air, Pay TV and digital platforms. We are excited to air both Malay and Chinese titles this year and keep our audiences thoroughly engaged with our line-up. Despite the various challenges posed by this pandemic, such as strict filming processes and SOPs, we will still focus on the chemistry element when it comes to the song selections as well as the contestant’s personalities. This show will certainly provide great opportunities for advertisers who want to be part of Media Prima's top-rated branded entertainment multi-platforms.”

Diane Min, Format Sales Head at CJ ENM said: “We are happy to expand our Love at First Song franchise in Malaysia, with a new Malay season, and a brand new Chinese version. Music combined with dating is a universal story that can resonate with everybody’s hearts and we hope Malaysia enjoys the new shows.

"Love at First Song" is a hybrid music dating show that matches people looking for their soulmates through musical taste. Without seeing one another, the matched pair practice and on the day of the duet, get to see one another's appearance and decide whether to continue the duet and become a couple. If they do, the couple spends 1 week at ‘Camp Love Song’ where they go on dates, compete with other couples and prepare for the final Duet Competition.