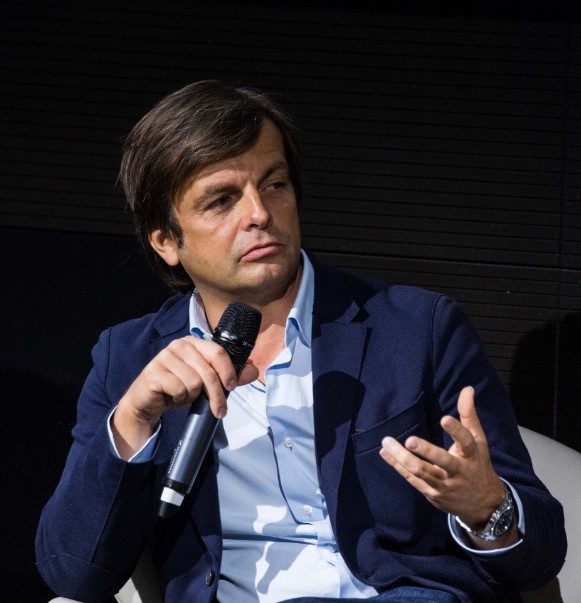 Banijay France today announces the addition of DMLS TV to its footprint. A local leader in music and entertainment, the business further diversifies and strengthens the group’s offering in the region, taking it up to 11 labels.

DMLS TV was set up some 20 years ago and continues to be led by duo Anne Marcassus and Mathieu Vergne, reporting to country CEO, François de Brugada. A go-to production business with access to the greatest French and international artists, it has been behind some of France’s most notorious brands including La Chanson Secrète (The Secret Song), La Chanson Challenge, (The Celebrity Song Challenge), La Lettre (with Carson) (Yours Sincerely) and Duos Mystères (Mystery Duets). In addition, the organisation is the volunteer executive producer of annual ratings smash charity event, Les Enfoirés, with the nation’s biggest on-screen talent.

François de Brugada [in pic] comments: “As we continue to widen our offering in France and cement our stronghold in the market, DMLS TV is the perfect addition. Aligned in our commitment to high-quality, unscripted hits, Anne and Mathieu further bolster our entertainment and music catalogue and I’ve no doubt their titles have the capacity to travel the group worldwide.”

Anne Marcassus and Mathieu Vergne comment: “It’s great to be part of Banijay, the largest international player in the market. As part of this partnership, we are looking forward to enjoying access to the business’ extensive catalogue, to provide solutions to all our broadcast and streaming partners. This is also a wonderful opportunity for DMLS TV’s titles to travel the world, while we continue to be a home for artists and the volunteer executive producer of annual charity event, Les Enfoirés, alongside a number of other projects.”