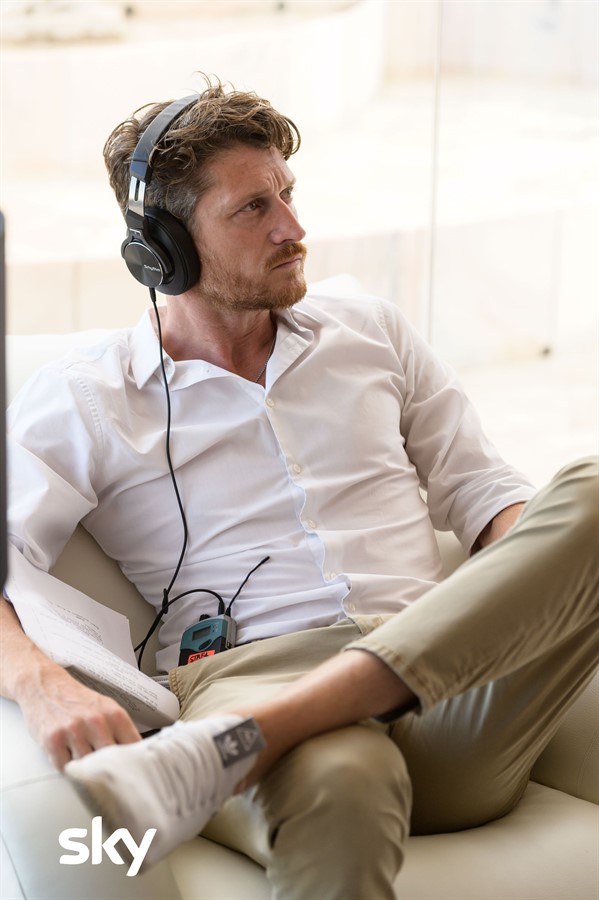 Sky released the fist photos of the new series Impero (8 episodes) produced by Luca Barbareschi (Eliseo Entertainment).
Impero tells the story of Corso Manni (Francesco Montanari), a star in the world of football prosecutors up to ten years before the start of this story, who fell out of favor after being arrested for a scandal linked to illegal gambling. An injustice, lies, an indelible stain. At the expense of the relationship with his father and also the marriage with Elena Di Gregorio (Elena Radonicich), daughter of Dino De Gregorio (Giancarlo Giannini), the magnate of the most powerful football agency in Italy against whom Corso is pondering revenge. A revenge that threatens to earthquake the behind-the-scenes of Italian football.

Impero will be available for the first time on Sky and NOW in all countries where Sky is present.
International distribution is by NBCUniversal on behalf of Sky Studios.
Antonella d’Errico, Executive Vice President Programming Sky Italia, said: "With Impero we enter a world in which seriality has never before gone into the behind the scenes of Italian football. Through a fictional story, that of a man who has unjustly lost everything and who will try to return to the top, we explore the most hidden and unprecedented side and the dynamics of power of this world. Today we also announce the excellent cast who is already working on the set to give life to this project and we are extremely pleased to return to work with Francesco Montanari, who more than 10 years ago, a very young talent of Romanzo Criminale, participated with Sky in the birth of the success story of our original productions. We are proud to mark another exciting stage of this journey with Impero ".

Luca Barbareschi, founder & CEO Èliseo entertainment, commented: “Impero is the story of a man's redemption. Corso Manni is a star of the prosecutors of the football world. At the height of his career, he lost everything, his job, his marital happiness, his relationship with his father. Unjustly accused of having taken part in a clandestine betting round, he is framed and will have to pay a high price to rehabilitate himself. Impero is also the coming-of-age novel of two young champions, a highly valued and aspirational story. Because when it comes to football, there is a point of view that must be told, that of the dream. What makes you imagine that the asphalt can be a grassy surface, that two backpacks on the ground can mark the boundary of the goal and that the suburbs where you were born could be a stadium with daylight. Not so much the result will remain of the race but the heroism of the challenge, the sporting gesture and the code of honor of our Empire ".