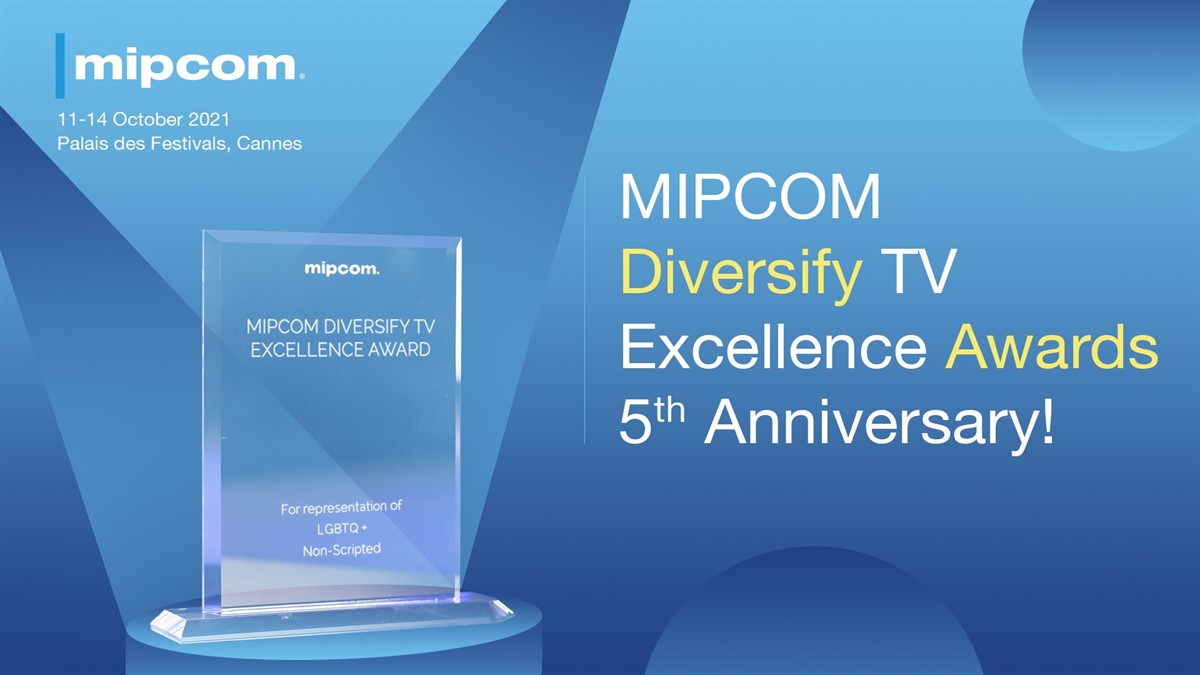 Celebrating their 5th anniversary this year, MIPCOM Diversify TV Excellence Awards have become a prominent fixture in the annual calendar and a highlight of MIPCOM Week, dedicated to championing and promoting diversity and inclusion in all its forms across the international television industry.

The awards ceremony will take place live during MIPCOM (11-14 October) on Wednesday 13 October in the Grand Auditorium, Palais des Festivals in Cannes and will also be live streamed to remote audiences.

These game-changing Awards aim to shine a light on programmes of diverse and inclusive background, spotlighting new and established voices, from a wide range of countries and recognising programming that exemplifies authentic and positive representation of under-represented communities. Selected programmes will also show originality and excellence in terms of storytelling, casting and production values.

Entries will be screened by a Pre-Selection Jury of content experts and shortlisted projects will be chosen by a panel of charitable organisations that campaign for equality and inclusion.

For the second year running, the Awards will also feature a special prize, the Variety Creative Change Award, which will be presented to an individual who has used their platform in the arts to champion diverse voices and stories.

Lucy Smith, Director of MIPCOM, said: “Five years ago we set out to recognise and celebrate programmes that harness the influence of the entertainment industry to drive change for good. Since then each year has brought a greater number of excellent entries, from countries and companies big and small, that challenge our worldviews and have a positive impact on society and our industry. We look forward very much to seeing this year’s selection and awarding the winners in person at our much-anticipated reunion in Cannes.”

Tim Hegarty, International Sales Manager, Australian Children's Television Foundation, a winner in 2020, added: “Winning the Kids Programming category in the MIPCOM Diversify TV Excellence Awards for “And then Something Changed” was an excellent platform to further promote and showcase this new short film. The win created a greater awareness around the program with children’s buyers internationally and we were thrilled with all the fabulous recognition and publicity it received.”
The categories open to entries for programmes airing between 25 July 2020 and 23 July 2021 on a linear and/or non-linear platform are:

The winning programmes will be chosen by charitable organisations that campaign for equality and inclusion, including Fondation Mozaïk, GADIM, GLAAD, Mencap, Minority Rights Group, SCOPE, Show Racism the Red Card.