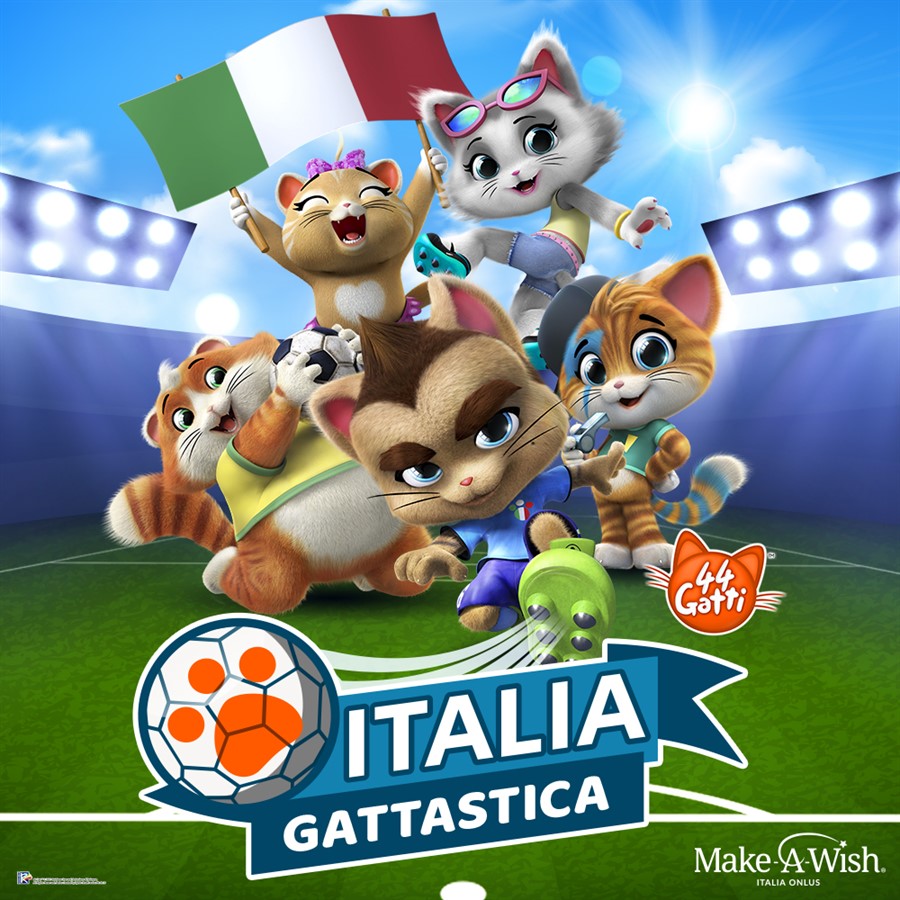 Rainbow announced that a uniquely customized Italian flag dedicated to the UEFA European Football Championship will feature Verratti as Gatto Marco alongside the four protagonists of the animated series. Proceeds will be donated to Make-A-Wish Italia Onlus.

Produced by Rainbow in collaboration with Antoniano and Rai Ragazzi, 44 Cats is a mix of action, comedy, friendship, set to great original music. Since its debut in November 2018 on Rai Yoyo, the animated series has aired in more than 100 countries and more than 20 languages.

Verratti commented, “I’m really happy to kick off this project. The day I was asked to join this adventure my thoughts immediately turned to my children, who are huge 44 Cats fans. It was fun and stimulating to work with serious and very professional companies like Rainbow and Vanquish. Now I hope that the little fans of Buffycats and now also of Gatto Marco will like it, because during the next European Championship we will need the support and cheer of everyone.”