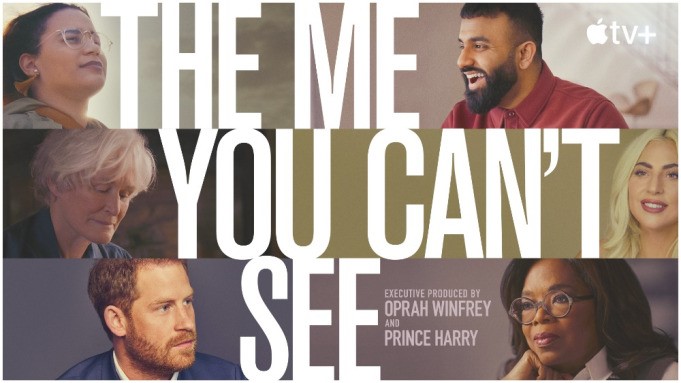 The Me You Can’t See the mental health documentary series from Oprah Winfrey and Prince Harry, will premiere May 21 on Apple TV Plus.

In the series, co-creators and executive producers Winfrey and Harry guide discussions about mental health and emotional well-being while opening up about their own mental health journeys and struggles. Alongside a range of people from across the globe living with the challenges of mental health issues, the show features high-profile guests including Lady Gaga, Glenn Close, San Antonio Spurs’ DeMar DeRozan, Phoenix Suns’ Langston Galloway (formerly of the Detroit Pistons), mental health advocate and speaker Zak Williams, Olympic Boxer Virginia “Ginny” Fuchs and celebrity chef Rashad Armstead.

“Now more than ever, there is an immediate need to replace the shame surrounding mental health with wisdom, compassion and honesty,” said Winfrey. “Our series aims to spark that global conversation.”

Aubrey Plaza, Danny DeVito to Star in Animated Horror Sitcom ‘Little Demon’ From FXX
“We are born into different lives, brought up in different environments, and as a result are exposed to different experiences. But our shared experience is that we are all human,” said Harry, the Duke of Sussex. “The majority of us carry some form of unresolved trauma, loss, or grief, which feels—and is—very personal. Yet the last year has shown us that we are all in this together, and my hope is that this series will show there is power in vulnerability, connection in empathy, and strength in honesty.”

“The Me You Can’t See” is also executive produced by Harpo Productions’ Terry Wood and Catherine Cyr, along with RadicalMedia’s Jon Kamen, Dave Sirulnick and Alex Browne serving as showrunner. It is directed and executive produced by Emmy Award and Spirit Award nominee Dawn Porter (“Gideon’s Army”), and Academy Award and four-time BAFTA Award-winning Asif Kapadia (“Amy”). The series is produced by Jen Isaacson and Nell Constantinople.

The producers partnered with 14 accredited and respected experts and organizations from around the world to help shed light on different pathways to treatment.