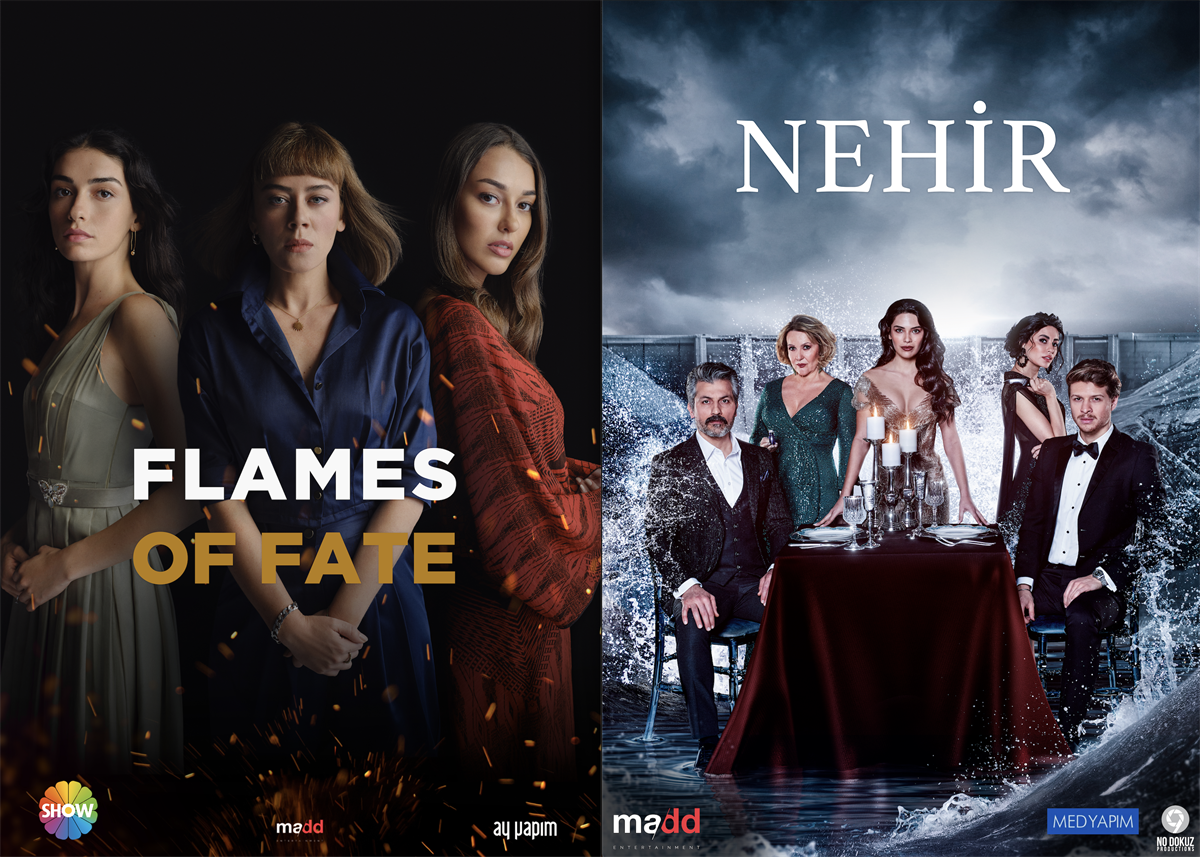 Ay Yapim’s Flames of Fate airs on Show TV under the title Alev Alev. With an all-star cast, the series combines betrayals, woman empowerment, and romantic turmoil, by following three women who survive a deadly cistern fire. Flames of Fate has been picked up in Spain, Hungary, Chile, Croatia, Paraguay, Honduras, Romania, Ukraine, Kazakhstan, Uzbekistan, and Turner LATAM, among others.

Produced by Medyapim, Nehir depicts a love triangle centered around the title character, whose criminal past eventually catches up to her and the two men in love with her. The drama broadcasts on FOX Turkey. It has been acquired in Spain, Albania, Israel, Paraguay, Macedonia, and more.