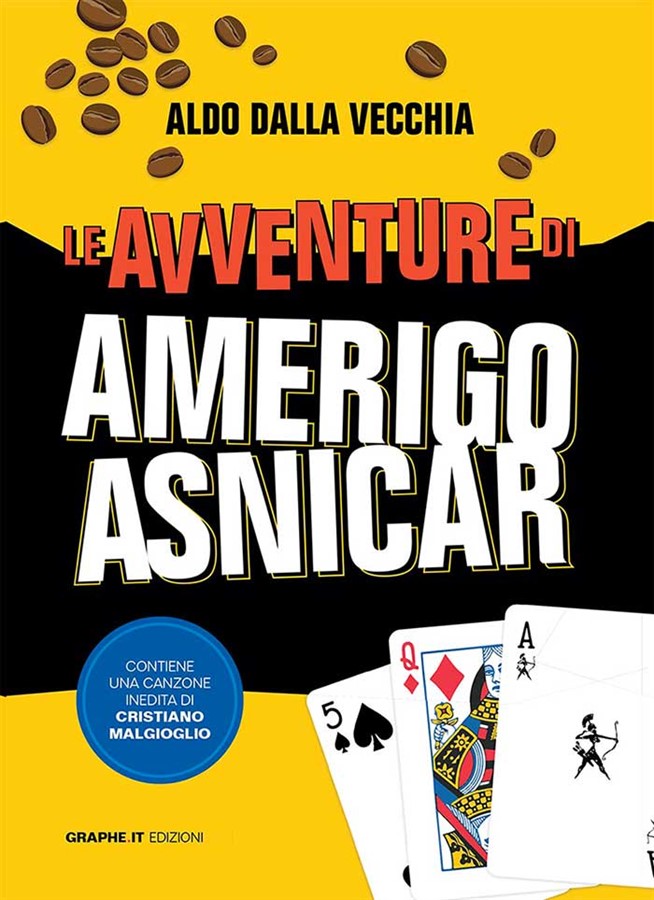 TV writer and author Aldo Dalla Vecchia presents a new book titled The adventures of Amerigo Asnicar (Published by Graphe.it, 11.90€).
The story is set in a contemporary Milan and the main character is Amerigo Asnicar, a television author and journalist  involved in classic stories of crime and intrigue. Each event is mixed   with real characters, as real are the celebrities of the small screen. The first story begins with the death of the make-up artist Rosario Russo: a news story with a not cinematic flavor and very close to the real life, of course very colorful (made up, it should be said) by the customs of the local press that our protagonist knows well . But here at the crime scene Amerigo notices a detail ...
In six delightful tales, Asnicar moves in his own world as an unattached witness to those who would be labeled with the word "yellow" in the caption of the TV guide.
The volume inaugurates a series dedicated to Amerigo Asnicar.


ALDO DALLA VECCHIA (Vicenza, 1968) has been a television author and journalist for over thirty years. He lives in Milan with his lovely cats Achille and Amerigo. He has written for programs such as Target and Verissimo, and has collaborated with Corriere della Sera and TV Sorrisi e Canzoni. He is the editorial coordinator of Mistero Magazine. Among his books we remember the novels Rosa Malcontenta and The awareness of you. With the Graphe.it editions he published Mina for neophytes, Viva la Franca and the eBook Vasco the investigative dog, which inaugurated the Flavia series, dedicated to detective stories with a pinch of lightness.