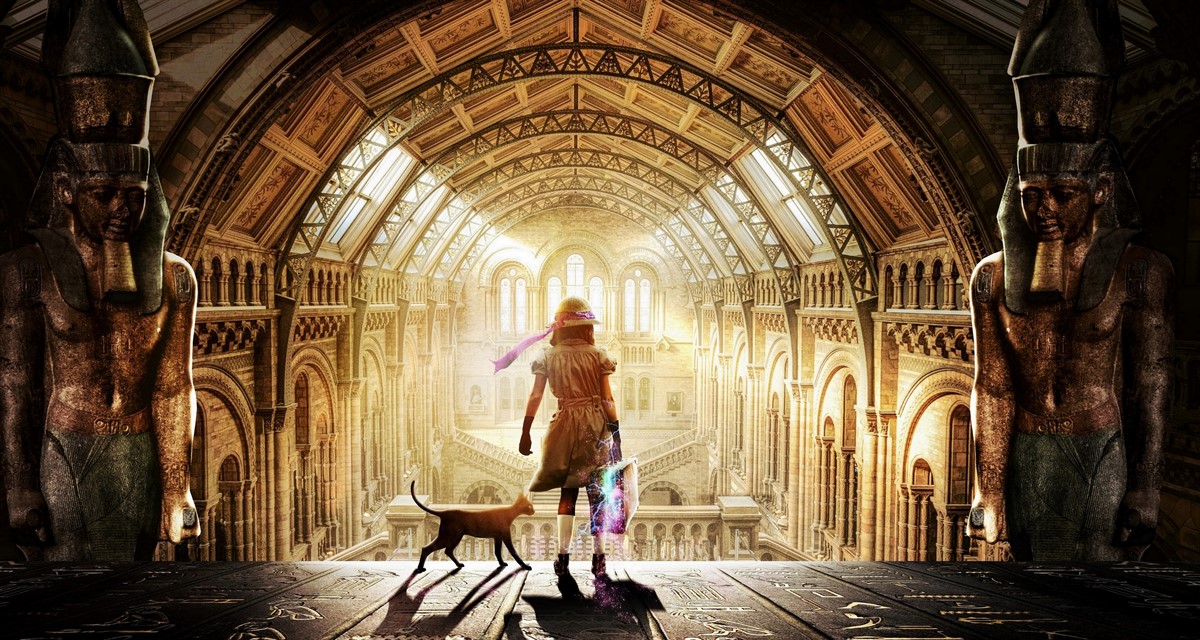 Set in 1906 and based on the highly-acclaimed books by New York Times best-selling author Robin L. LaFevers, Theodosia (26 x 30’) follows a young fearless girl who lives and breathes Egyptology at the turn of the century. Alongside her feminist archaeologist mother and her father who runs a museum, Theodosia is a special girl whose powers enable her to see and transform ancient curses in a series of exciting magical adventures.

With filming scheduled to commence April 2021, this premium live action series will be shot in a cinematic style in France and Belgium and will be directed by Matthias Hoene (Cockneys vs Zombies, The Warriors Gate) who will be joined by other talented directors such as Alex Jacob (Hollyoaks, Doctors).

Nicole Keeb, Head of International Co-productions and Acquisitions, Children and Youth, ZDF, said: “It was a long way from the first idea to realize the successful Theodosia books for television to the start of shooting. But the work, effort and patience have paid off. Together with our international partners, we focus on big stories and big pictures. Theodosia is to continue our successful ZDF live action productions such as H2O, Mako Mermaids, The worst witch and, of course, Find Me in Paris.”

Arne Lohmann, VP ZDFE.junior, ZDF Enterprises, adds: “After the successful cooperation during three seasons of Find Me in Paris, it was only logical to realize the book adaptation of Theodosia jointly with Cottonwood. I am sure that Theodosia will build on the success of the book series as a TV adaptation and will inspire generations of children."

Co-founders of Cottonwood Media, David Michel, Cécile Lauritano & Zoé Carrera Allaix said: “Cottonwood’s German production office and ZDF originally spotted the potential for the Theodosia books to be made into a TV series, especially as Ancient Egypt has always been shrouded in mystery, and intrigue that appeals to kids and adults of all ages. Working with such exceptional broadcast partners and talent, Theodosia will provide an amazing visual experience for the whole family. Whether she is breaking curses or using her magic to extinguish negative powers, Theo’s adventures will ignite a passion for adventure and leave viewers craving more.”

Ana Carolina Lima, Head of Content at Globoplay said: “We are extremely happy with this partnership. Theodosia is Globoplay's first international children's live-action co-production. For this project we also had the essential support from Globo’s channels Kids Unit –Gloob and Gloobinho – both in curation and in artistic development. We are very enthusiastic and confident that Theodosia will be another high-quality production that will soon be available on Globoplay and has great potential for engaging and amusing the Brazilian families.”

Set in 1906, Theodosia (26 x 30’) centres around a smart, bold 14-year-old named Theodosia Throckmorton (aka Theo), the daughter of two intrepid Egyptologists, excavating in the Valley of the Kings. When Theo and her younger brother, invention-mad Henry, stumble upon a hidden tomb and a mysterious artefact, the ‘Eye of Horus’, Theo unlocks the power to see and perform true magic, thus discovering a whole new world of mystery as well as danger. Now, from her parent’s home, the world-famous Museum of Legends and Antiquities in the heart of Edwardian London, Theo must do battle with ancient forces, dark magic and comic chaos as she and Henry, along with their friends, street magician Will and Egyptian Princess Safiya, try to survive teenage life, get through education and….save the whole world!