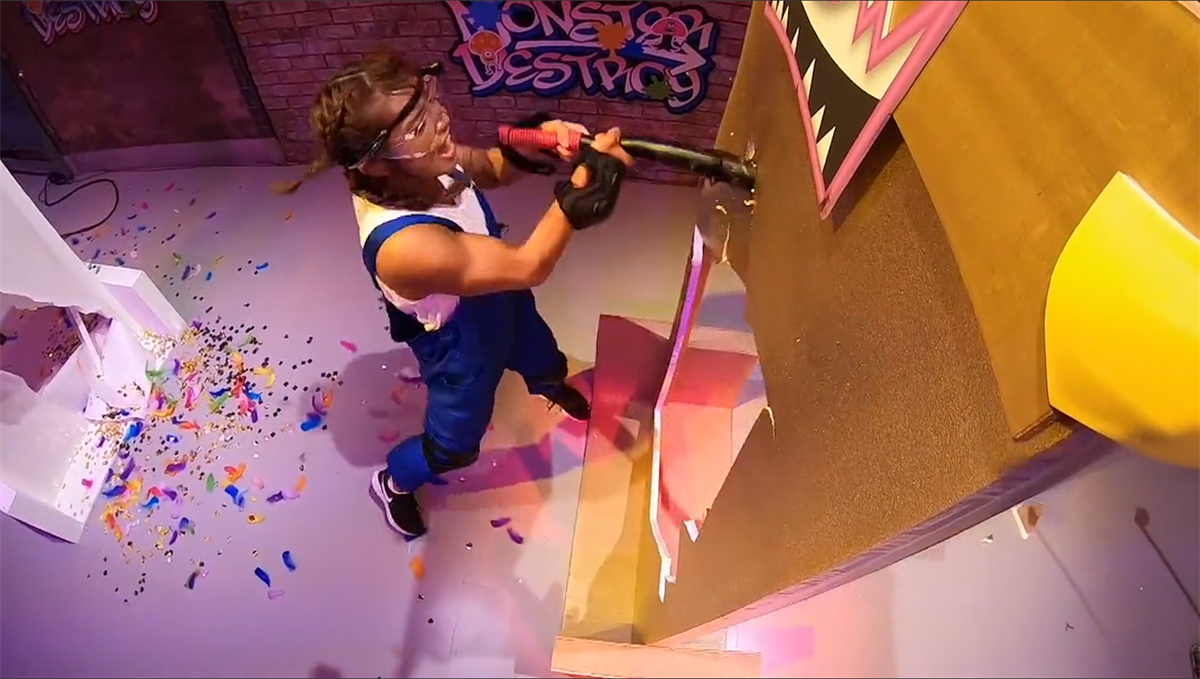 Nippon TV, launches a new game show format titled Crush Park. True to its title, Crush Park is a simple program that requires nothing more than literally crushing various objects to get to the goal of winning the prize. Hitting the airwaves in December 2020 on Nippon TV, Crush Park topped the viewer market share across target audiences including children 4 to 12 male/female (41.5%), teens 13 to 19 male/female (36.7%), and female aged 20 to 34 (35.7%) as well as 35 to 49 (31.8%). Following the footsteps of domestic success, Crush Park is now available as an international format.

Similar to the award-winning Nippon TV format Mute it! sold to WBITVP, Crush Park is a COVID-19-friendly studio game show. Players take on the challenges either solo or in small numbers, minimizing the risk of contact during taping, making it appropriate for the current times.

In Crush Park, on each self-contained episode, there are three wacky obstacle courses. Different types of walls blocking the way, 400 water balloons sticking to a giant ceiling falling overhead, and angry monsters with sharp horns awaiting the challenger who must destroy them as many as possible and as fast as possible to reach the prize. After each challenge, the lowest scorers are disqualified. Each equipped with hammers, swords, nunchucks, and a special explosive potion created for the show, the players engage in challenging physical actions to advance through the stages and become the ultimate winner.

As the contest progresses, the players fully unleash their usually hidden inner beast and go into full swing, destroying as many obstacles in sight with full force. Usually, people are forbidden to destroy objects, but once leaving the stressful reality and stepping into this vibrant wonderland, the contestants take this joyous challenge to break walls, burst water balloons, and take the horns off of the angry monsters.

“As people try to overcome these stressful COVID-19 times, there is no better moment for Nippon TV to offer this new fun-filled, stress-busting game show format. With the pop look and feel of a theme park or arcade, Crush Park thrills viewers with an excitement far-removed from daily reality. Satisfaction is guaranteed for the show's players and viewers in this family-friendly game show,” commented Mikiko Nishiyama, Managing Director, International Business Development, Nippon TV.