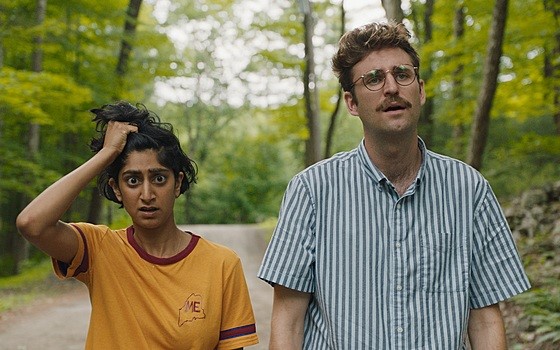 With the extension, the two studios are currently developing scripts for two US adaptations for NBC: the hit family drama The A Word, based on Keren Margalit’s Yellow Peppers with Arika Mittman, and a remake of Seven Studios’ Secret Bridesmaids’ Business titled Ties That Bind with Deirdre Shaw; alongside a limited series spin-off of Keshet Studios’ second feature Save Yourselves!, which is currently in theatrical release and streaming on various platforms now.

Universal Television and Keshet Studios are also currently co-producing David Applebaum’s La Brea for NBC, a high-concept drama about a family torn apart when a massive sinkhole mysteriously opens in L.A. Originally a 2020 pilot, La Brea has just secured a series order from NBC for 2021.

Universal Television President Erin Underhill said: “We’ve had an incredibly fruitful relationship with Keshet Studios since 2014 and are excited to continue our collaboration. They have a keen eye for distinct and commercial material and terrific talent relationships, and we look forward to creating emotionally resonant and successful projects together in the years ahead.”

Peter Traugott, President of Keshet Studios, said, “We are thrilled to be extending our formal programming partnership for a third time with UTV. Pearlena, Erin and the entire Universal team have been the perfect creative and collaborative partner right from the get-go. Together we have brought some fantastic adaptations of Israeli shows, shows from all over the world and original ideas to screen. It’s exciting to be busy working on a slate of projects for a variety of networks and streamers, including The A Word, Ties That Bind and La Brea for NBC.”

Alon Struzman, CEO of Keshet International, added, “This production pact renewal is a fantastic way for us to follow a year where our scripted teams around the globe have made significant headway despite a very challenging climate. Congratulations to the teams at Keshet Studios and Universal Television for the great partnership and thriving creativity.”

Keshet Media Group CEO Avi Nir commented, "It's great news to open 2021 with - for the Israeli and international content industry. The renewal of the agreement with one of the biggest content and television companies in the world is an even greater opportunity for excellent Israeli content and creators to reach new audiences and gain international exposure. The continuation of the partnership indicates the potential that they also see in us. I want to thank Universal, Pearlena, and Erin for the trust and cooperation over the years."

Since signing their original pact in 2014, Universal Television and Keshet Studios have co-produced a raft of network series together, including The Baker and the Beauty  (ABC),  Lincoln Rhyme: Hunt for the Bone Collector  (NBC),  The Brave  (NBC), and  Wisdom of the Crowd  (CBS).