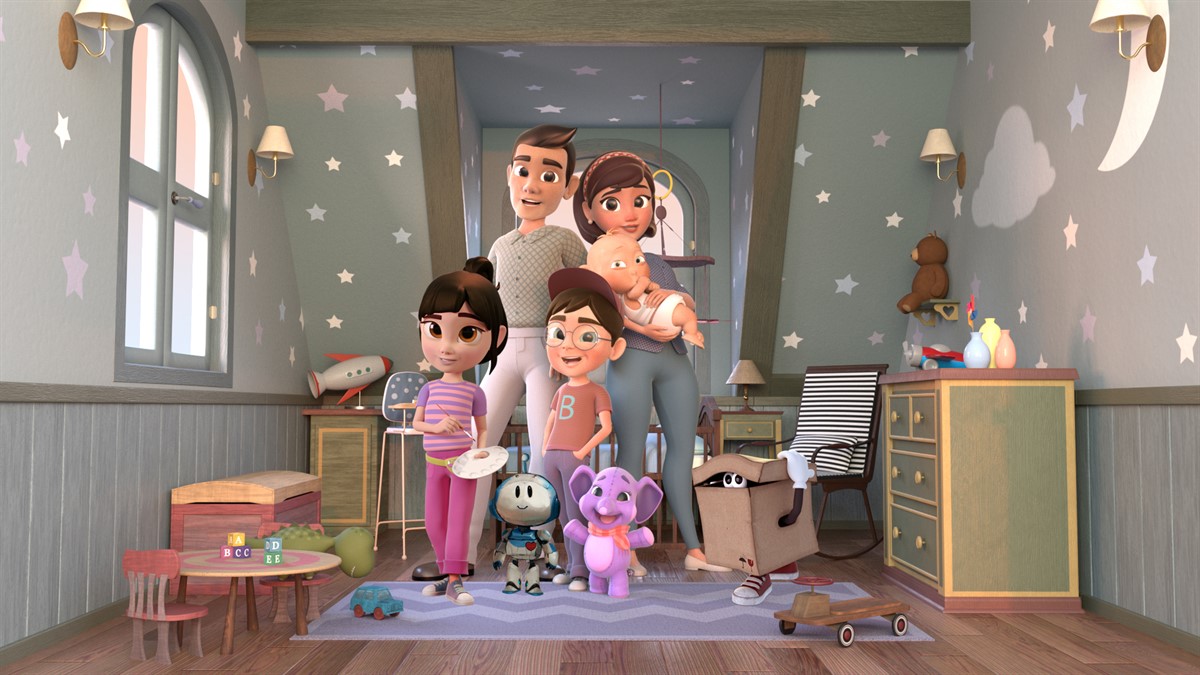 Now in development, the 30 x 7 - minute original series follows the adventures of the world’s most joyful elephant Dollyphant and its friends Heart, Himbo, Bono and Anka. These five buddies get involved in many hilarious and absurd adventures together, with learning something new at each episode. Aimed at a target audience between 2 and 5 years old, Dollyphant focuses on entertaining kids while also educating them about many themes like friendship, family, sharing, kindness, respect, equality, saving the nature…

TRT Kids, the acclaimed kids content channel of Turkey’s national public broadcaster TRT, has ordered a pilot episode and the pilot set to begin production next month as been in consideration for a Q4 2021 series. Besides many esteemed animators, scriptwriters, designers and illustrators in the creative team, musics and songs will be created by Rahman Altın who is an award-winning composer, songwriter and music producer. He has lately been the composer for the international hit animated series Zafari and some of his previous works are The Dark Knight Rises, Iron-Man 3, Man of Steel, R.I.P. D., The Amazing Spiderman (2012), The Green Lantern, Star Wars (Blu-Ray debut), Monsters vs. Aliens (VG), Bucketz (VG), Tom Hanks' mini-series The Pacific, and HBO’s The Special Relationship.

Famelog Content; Istanbul and Los Angeles based media company Famelog’s content arm which provides development, financing, marketing and sales services for projects in tv, cinema and digital media, will distribute Dollyphant. Fahriye Şentürk, Managing Director of the company, commented: “We are feeling so lucky to be involved in Dollyphant’s journey at the very beginning as its development stage and it is such an excitement to see how it evolves. We have already started to look for international partners and we will be ready soon for presenting the show in following important industry showcase events. I am so confident about the show’s success in many different territories. Dollyphant has a lot of fun and excitement in its episodic stories, also focusing mainly on emotional intelligence and edutainment suitably for preschoolers. I can’t wait to bring together the world’s most joyful toy Dollyphant and its friends’ adventures with the kids all around the world.”