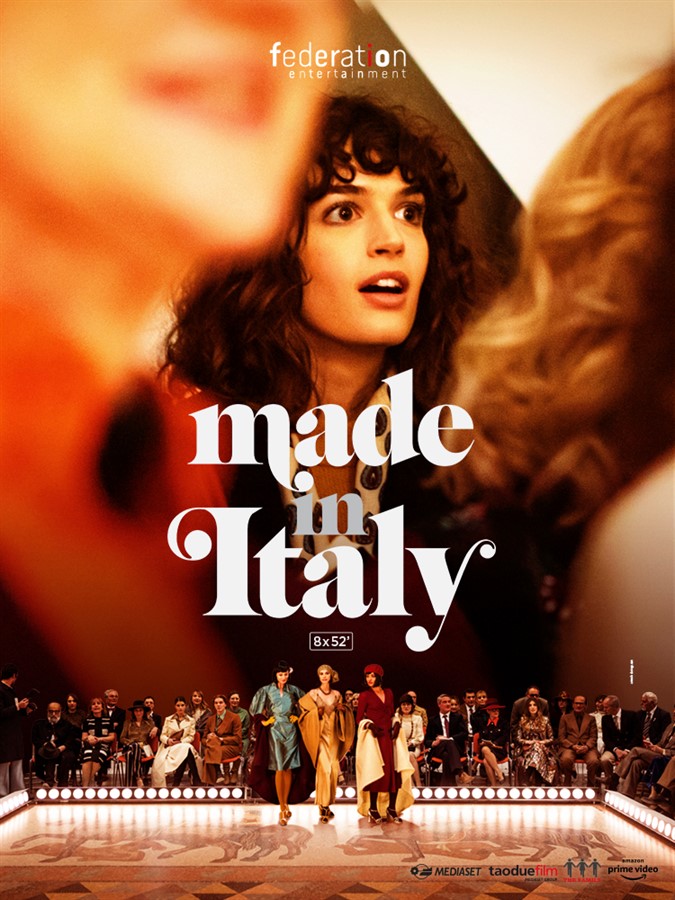 Canale 5 will broadcast on Wednesday, January 13 at 21.40 the new series Made in Italy, an 8 X 52’ TV series about the birth of Italian fashion in the ‘70s, co-produced by Taodue Film and The Family for Mediaset. The series is distributed worldwide by Federation Entertainment. Written by Camilla Nesbitt, Laura and Luisa Cotta Ramosino, Paolo Marchesini, Virginia Valsecchi, Mara Perbellini, Mauro Spinelli and Lea Marina Tafuri.

The story is set in Milan in the '70s and stars the young Greta Ferro, a prominent model in her screen debut, and Margherita Buy, well known for her many roles in collaboration with Nanni Moretti, Daniele Luchetti, Sergio Rubini… The cast also includes Valentina Carnelutti, Sergio Albelli, Giuseppe Cederna, Marco Bocci, Fiammetta Cicogna, Maurizio Lastrico and Saul Nanni.

Made in Italy follows the story of Irene (Greta Ferro), a daughter of Southern Italian immigrants, who responds to a job advertisement at the fashion magazine Appeal, in order to finance her college studies. Before long, she’s taken over a pivotal position at the magazine. As Milan’s fashion industry evolves, her life will also undergo radical changes. She will meet many young designers taking their first steps, on the verge of exploding onto the international market as the spotlight of the fashion world is about to shift from French haute couture to Italian pret-a-porter.

Through the joys and struggles of Irene’s private and professional life, Made in Italy will tell the story of a generation who of contradictions, political turmoil and historical change.

For the first time ever in Italy, a TV series will use original period clothes. Some of fashion’s biggest names such as Albini, Curiel, Krizia, Missoni, Valentino, and many others who lorded over the world of 1970’s fashion, even surpassing the legendary French couturiers, have opened up their archives to lend breathtaking articles of clothing and accessories to the production.