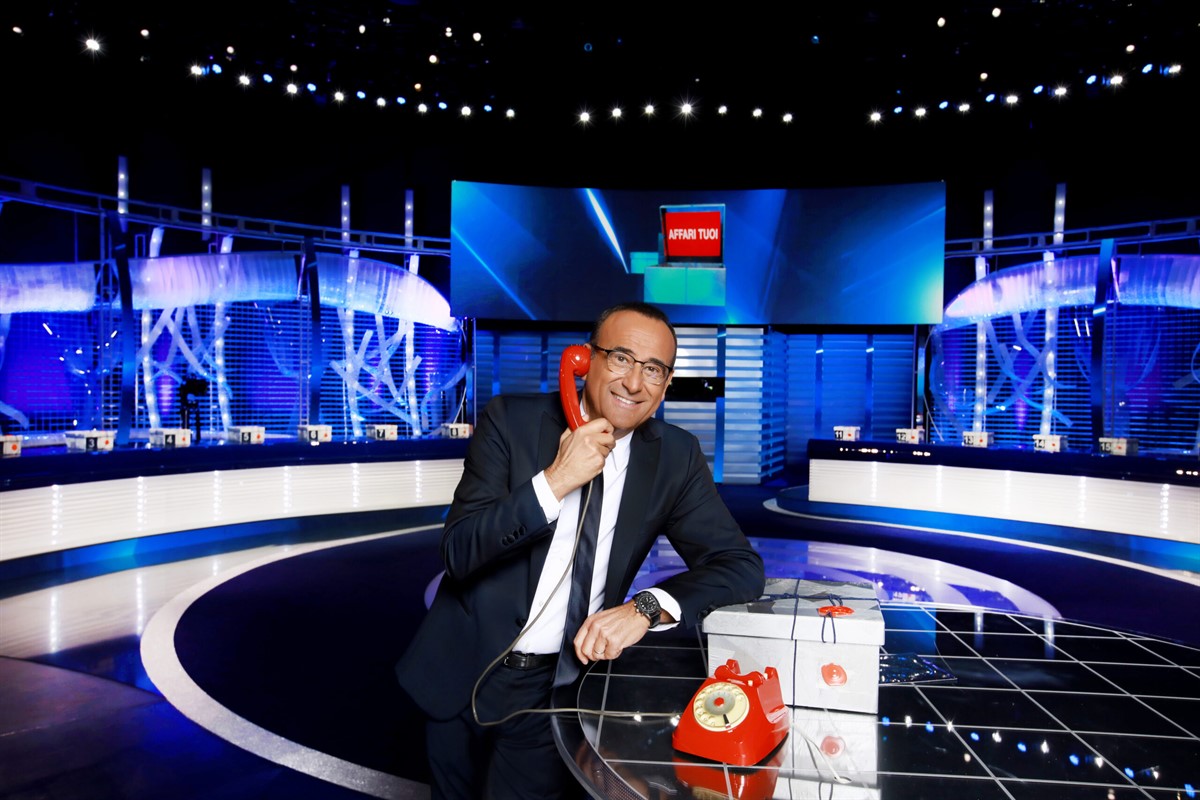 First episode of Affari Tuoi special edition, broadcast by Rai1 and helmed by Carlo Conti, was the most watched prime time program of December 26, with 5.002.000 viewers and 19% share. This confirms the strength of one of Rai1’s most beloved programs, which aired continuously from 2003 to 2017. And now it's back with a 7 episode special edition airing every Saturday at 8.35 p.m. on Rai1.

Each episode will feature a couple of betrothed, to which Affari Tuoi hopes to offer an important help to the realization of the new family. Up for grabs a very rich wedding list, with a maximum prize pool of 300,000 euros. As a tradition the centerpiece of this format is the 20 boxes, each containing randomly assigned sums of money. After the couple claims one box at the start of the game, without knowing its contents, chooses the other boxes, one at a time, to be immediately opened and removed from play. To physically open these boxes will be the "Witnesses", 10 famous people who will offer the couple and the audience also fun moments of entertainment and, why not, advice for the wedding. But the Betrothed will have to deal with the mysterious figure of the "Doctor" who will try in every way, through his "offers" and his devilish stratagems, to put in trouble the couple. In the course of the show will be present also the box "Feeling". It consists in a series of questions about the personal history of the couple, their tastes and their habits: if they answer in the same way to the questions posed will have the opportunity to win up to 10,000 euros, that will be added to the final prize pool.