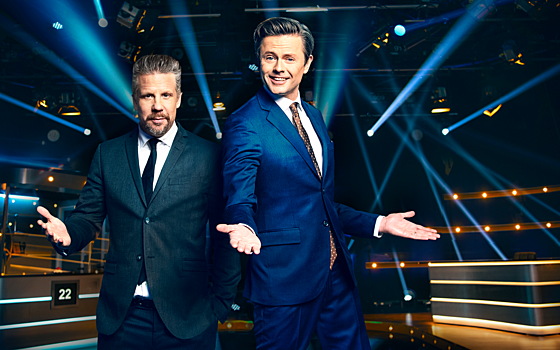 Leading independent distributor all3media International has acquired format sales rights to celebrity quiz show Head to Head. Following record-breaking ratings for Kanal 5 in Sweden and TVN in Norway, Head to Head has also been commissioned for new seasons in both territories.

The deal with Swedish production company Nexiko will see all3media International managing format rights for Head to Head in the global market, excluding Denmark and USA.

Blending timeless quiz show elements with fast-paced comedy, Head to Head is the highest-rated late-night show in ten years for Kanal 5 in Sweden. Airing locally as Alla Mot Alla, stripped four nights a week in a 10pm slot, the show is currently in its fourth season and a fifth season has now been commissioned for air in spring 2021. Produced by Nexiko for Kanal 5 and Discovery Networks Sweden, Head to Head was awarded the Kristallen for Best Entertainment Program in 2019.

The Head to Head format has recently been adapted for Discovery’s TVN in Norway, where it airs in an earlier 7.30pm timeslot. The show has already doubled the channel’s slot and primetime average shares. Discovery has confirmed today a second series commission.

Axel Eriksson Vice President Content and Programming at Discovery Sweden said “At its heart Head to Head is classic TV - it’s a competition-driven entertainment format but it’s smart, it’s educational, it’s surprising - it was a combination of the simplicity of the idea and the smartness that appealed to us and that the audiences are loving.”

Nick Smith, EVP Formats at all3media International, commented, “Head to Head has attracted phenomenal ratings in Sweden and now also in Norway, and we’re looking forward to building on this proven success as we take the show to the global market. This original and affordable studio-based format is easy to adapt to suit any slot or channel – achieving as much success in a late-night 10pm slot in Sweden as it does in an earlier 7.30pm slot in Norway. With its unique celebrity pairings, ingenious questions, hilarious segments and hotly fought competition, Head to Head really taps into the current demand for light-hearted, entertaining content and we’re already in discussions with a number of broadcasters about new local adaptations.”

In Head to Head, celebrity duos compete in fresh, unexpected combos. Each season is structured as a tournament: only the highest-scoring celebrity teams progress to the semi-finals with just one celebrity pair crowned as champions. Along the way, the celebrities will impress us and embarrass themselves in equal measure, fuelled by non-stop bickering with the hosts and tongue-in-cheek segments that create a constant element of surprise and entertainment.

The original version of Head to Head made its debut in Sweden in March 2019 and more than 200 episodes have now aired. The third season, which aired earlier this year, improved on Kanal 5’s primetime average by 215% for Men 15+ and by 300% for Women 15+. The show’s audience continues to grow, with season three achieving the best performance so far. The Norwegian adaptation, produced by Nexiko launched in August 2020 and surpassed TVN’s slot average share for Men 15+ by 138% and for Women 15+ by 86%, growing its audience by 33% from premiere to finale.