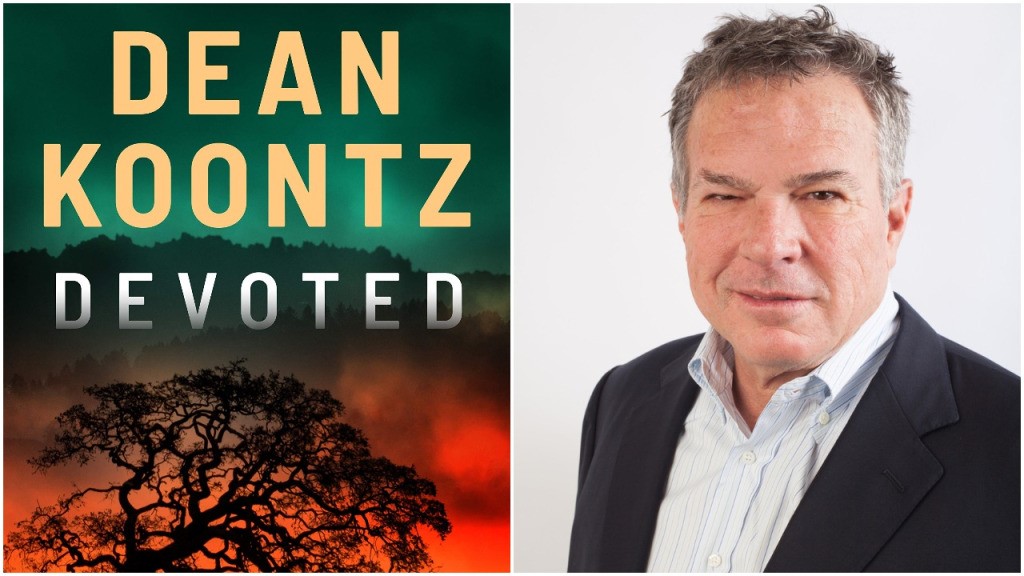 Tomorrow Studios (Snowpiercer, Physical), a partnership between Marty Adelstein and ITV Studios, today announced plans to adapt Devoted, an epic thriller written by international bestselling master of suspense Dean Koontz. Adelstein and Tomorrow Studios President Becky Clements will executive produce the series, along with Koontz.
Devoted tells the story of Woody Bookman, a boy who hasn’t spoken a word in his eleven years of life, and who believes a monstrous evil was behind his father’s death and now threatens him and his mother. When Kipp, a uniquely gifted dog with a heart as golden as his breed, hears the boy, who communicates like he does without speaking, Kipp knows he needs to find him before it’s too late. Only a force greater than evil, like Kipp, can stop a man driven by malicious evil from attacking Woody and his mother.
“Dean is an incredible force and his acumen for writing suspenseful thrillers with heartfelt characters and story makes him uber successful globally,” said Adelstein. “We are honored to have him entrust us with the adaptation of his story and for Devoted to be the latest book rights that we’ve secured for Tomorrow Studios.”
“The characters in Devoted are close to my heart, and it would be a career capper to see them brought to the screen,” added Koontz.
Devoted was released in March 2020 by Amazon Publishing. Among its many raving reviews, the Associated Press wrote, “Canine or human, it is hard to find a more lovable character in fiction than Kipp. Devoted has every mark of a classic.”

Koontz is one of only a dozen writers to have fourteen of his novels have risen to number one on the New York Times hardcover bestseller list (One door away from heaven, From the corner of his Eye, Midnight, Cold Fire, The bad place, Hideaway,  Dragon tears, Intensity, Sole survivor, The husband, Odd hours, Relentless, What the night knows and 77 Shadow Street). His books are published in 38 languages and he has sold over 500 million copies to date.
Koontz is represented by Richard Pine and Kimberly Witherspoon of InkWell Management and Angela Cheng Caplan of Cheng Caplan Company.