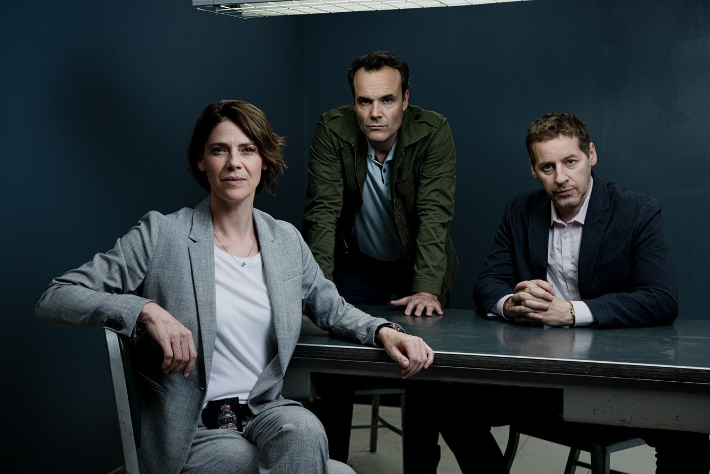 Back in her hometown after a tragic error that destroyed her career, Detective Marianne Desbiens is immediately thrust into the homicide investigation of an unidentified young Indigenous woman who was found murdered near the river that skirts the small mining community. Marianne’s return seems to open old wounds, and her 15-year-old son Billy isn’t thrilled with the sudden move. He resents being exiled from his urban stomping ground but is willing to give small-town life a shot if it means reconnecting with his estranged father. Seeking redemption, Marianne throws herself into this troubling affair that sends shockwaves through the community—and her own family.

The show has a distinct Nordic noir flair, reminiscent of Scandinavian series with the complex moral issues faced by its protagonists and the stripped-down, dark aesthetic skillfully crafted by director Lyne Charlebois (Toute la vérité and Borderline). Casting includes Hélène Florent (Unité 9), Gabriel Sabourin and Patrick Drolet. The series was written by Franco-Ontarian writer Marie-Thé Morin and was nominated for Best Scripted Format 2020 at C21.

The series topped all audience records in its time slot when it aired on ICI Télé, reaching an average market share of 25.6% in spring 2020.

“We were completely won over by this crime miniseries filmed in Ontario, by its realism and high quality,” says Emmanuelle Bouilhaguet, Managing Director, Lagardère Studios Distribution.

“We are proud to be embarking on a collaboration with Lagardère for the distribution of Troubled Waters. It will allow the series to travel beyond our borders and without doubt seduce audiences all over the world,” says Mia Desroches, Director of Content Distribution Partnerships at CBC&Radio-Canada Distribution.