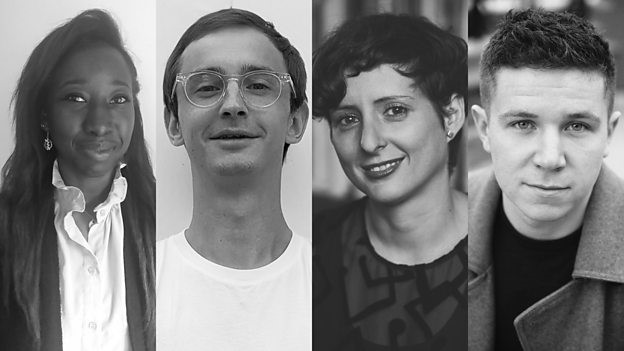 Addy joins BBC Studios as Executive Producer from Sir Lenny Henry’s indie Douglas Road Productions where she was Development Executive, overseeing productions to be released next year. She was previously Head of Development at comedy indie King Bert Productions, where she created the David Walliams comedy drama vehicle Cinderella: After Ever After for Sky One, and oversaw commissions including Frank Skinner on Muhammad Ali for BBC One and Malory Towers for CBBC.
Jordan joins BBC Studios as Executive Producer from Hat Trick, where he developed and made comedies for broadcasters including the BBC, ITV, Channel 4, Amazon and Sky, as well as a number of radio comedies for BBC Radio 4 and Audible. He recently made the BBC One sitcom Warren, starring Martin Clunes. Jordan started his career in the BBC Comedy Entertainment department working on many of the top panel shows including Have I Got News For You.
Linton joins as Senior Development Producer from Kudos, with a focus on comedy drama. Sarah was Development Executive at Kudos Film and Television where she developed projects including Two Weeks to Live for Sky. Previously, she was Script Editor on shows including Phoebe Waller-Bridge’s BAFTA and Emmy award-winning first series of Killing Eve for BBC America and BBC One, The Halcyon (ITV), Lucky Man (Sky) and Downton Abbey (ITV). Linton also worked at Carnival Films across productions including The Worricker Trilogy, Dracula and Whitechapel.
Tanner joins from Merman as Development Producer. Kenny spent three years at Merman where he was the Assistant Producer on BAFTA award winning BBC Two series There She Goes starring David Tennant and Jessica Hynes, and worked across the development of projects including Motherland (BBC Two). Prior to this he worked on many comedy productions including W1A (BBC Two), Outnumbered (BBC One) and Toast of London (Channel 4).
Josh Cole, Head of Comedy, BBC Studios said: “I’m delighted to be welcoming this fantastic four to the home of British comedy. They bring with them fine comic minds and a passion for nurturing and unearthing brilliant talent and stories. I know they will play key parts in shaping an exciting and ambitious future at BBC Studios.”
BBC Studios Production is the home of British comedy, and is responsible for many of the greatest comedies of all time including The Office, Absolutely Fabulous, Monty Python and The Thick Of It. Recent productions include international successes such as the multi award-winning epic Good Omens, written by Neil Gaiman for Amazon, and Apple TV’s comedy drama Trying, which marks the platform’s first British commission.
Other recent productions include Charlie and Daisy May Cooper’s BAFTA-award winning comedy This Country, which has achieved over 55 million requests on BBC iPlayer, the latest series of Reece Shearsmith and Steve Pemberton’s BAFTA award-winning anthology Inside No. 9, Diane Morgan’s much lauded directorial debut Mandy for BBC2, and a third series of BAFTA award-winning sketch show, Famalam for BBC3.