The awards of the 77th Venice Film Festival 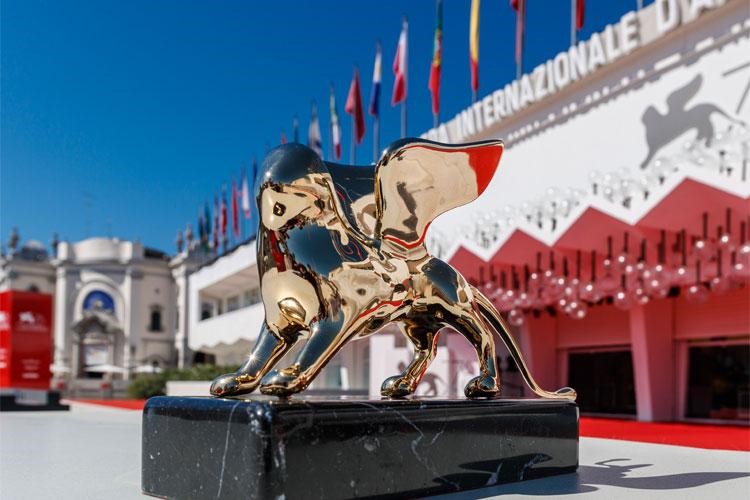 The awards of this year's edition of the festival are being unveiled at the closing ceremony that was held Saturday 12 September. An event that will be remembered for being the first A-list festival to happen since lockdown.

The Mexican-French dystopian tale New Order by Michel Franco won the Silver Lion - Grand Jury Prize. The Volpi Cup for Best Actor went to the Italian’s Pierfrancesco Favino for his turn in Padrenostro, directed by Claudio Noce. The Volpi Cup for Best Actress went to the UK’s Vanessa Kirby for her critically acclaimed work in Pieces of a Woman by Kornél Mundruczó. Dear Comrades by Andrey Konchalovskiy won the Special Jury Award.

Silver Lion - Award for Best Direction to:
Kiyoshi Kurosawa
for the film Spy No Tsuma (Wife of a Spy) (Japan)

Award for Best Screenplay to:
Chaitanya Tamhane
for the film The Discipline (India)

Cup Volpi for Best Actress:
Vanessa Kirby
in the film Pieces of a Woman by Kornél Mundruczó (Canada, Hungary)

Orizzonti Award for Best Screenplay to:
Pietro Castellitto
for the film I Predatori (Italy)

Orizzonti Award for Best Actor to:
Yahya Mahayni
in the film The Man Who Sold His Skin by Kaouther Ben Hania (Tunisia, France, Germany, Belgium, Sweden)