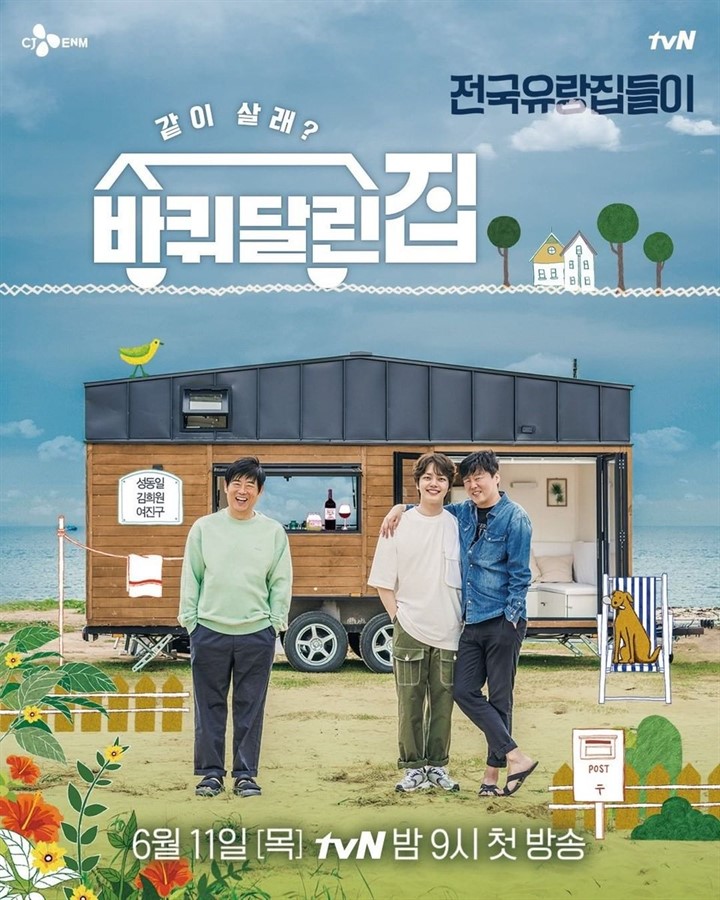 The new entertainment format House on Wheels premiered last Thursday with highest household ratings of 6.2 and average ratings of 4.0, according to Nielson Korea.

Watched by 776K household viewers, ‘House on Wheels’ recorded 2nd in viewership amongst all pay-tv platforms at the same time during the first episode. Among viewers in ages 20-49, it ranked 1st among all platforms with highest ratings of 3.3.

Hosted by actors Sung Dong-il, Kim Hie-won and Yeo Jin-goo, the members build a small, portable house to experience life in various places around Korea. They live together and even invite guests over. Together, they empty their greed and live minimal and environmentally friendly life, and fill their lives with important things in their lives instead. The members will spend time together in the portable house and share their heartfelt conversations with each other.

At the first episode, the hosts drove the house to the east coast of Korea, and camped at the beach. They invited actresses Ra Mi-ran of ‘Black Dog’ and Hye-ri of ‘Miss Lee,’ and spent the night together.

The show airs every Thursday on tvN for 8 episodes.