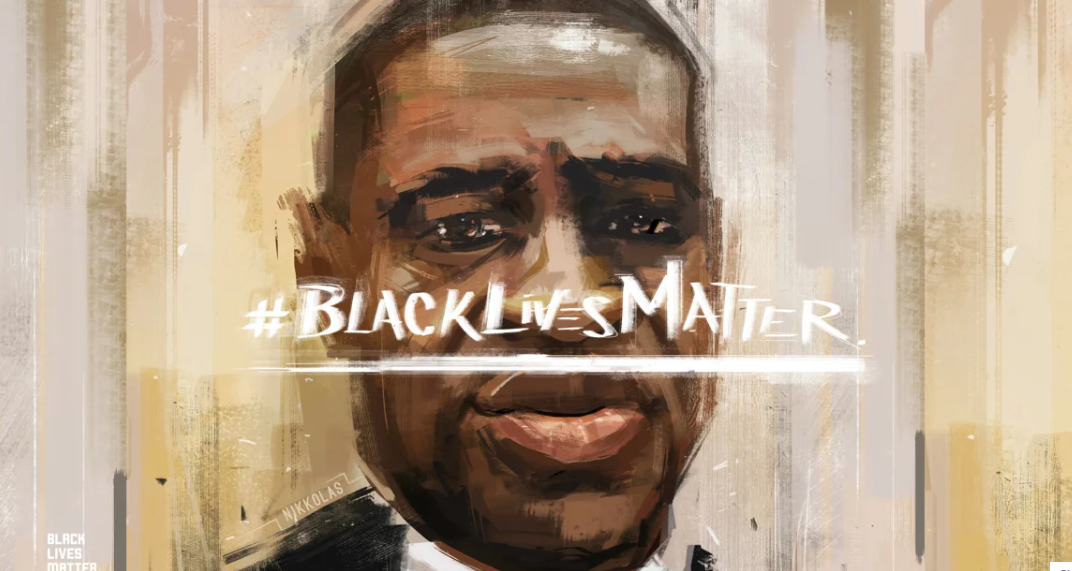 Following a weekend of civil unrest and protests around the country (and world), media companies, operators and execs alike have spoken out and are showing solidarity with the African American community. BET issued a statement, saying “the assault on our communities through legal racism must end now…. Our community’s grief is not new; it is simply being filmed… oppression is the sin. Blackness is the blessing.” The network is asking for citizens to donate to organizations including Black Voters Matter, Movement for Black Lives and LDF, as well as linking to petitions to demand accountability for the deaths of George Floyd, Breonna Taylor and Tony McDade, and directing viewers to register to vote.

Over at parent company ViacomCBS, all networks and platforms from the company’s entertainment and youth brands, and CBS Sports, Nickelodeon and BET, went dark on Monday at 5pm for eight minutes and 46 seconds—the length of time a police officer held his knee on Floyd’s neck. The spot is a black background and white typeface reading “I CAN’T BREATHE,” with audio playing the sound of breathing. The spot also featured a countdown and a call-to-action with partner Color of Change. The blackout served not just as a tribute to Floyd, but a remembrance for others who have been victims of racism, including Taylor and Ahmaud Arbery. The company will also participate in “Blackout Tuesday,” not holding any meetings or conducting any business, to stand with African Americans around the country. “While I am not a person of color and can never fully understand this experience, I am offended by the systemic racism and want to stand together with our communities of color in the hurt and pain,” pres of entertainment and youth brands Chris McCarthy wrote in an internal memo. “We must all do our part—discrimination against one of us is discrimination against all of us.”

Comcast chmn/CEO Brian Roberts shared a message with employees, denouncing racism, injustice and violence. “Yet we continue to be unable to make enough progress in this country — so at this moment it is critical to step back, face the hard subjects and try to reflect,” Roberts wrote. “I have talked with employees and share their feelings of anger, frustration and outrage following the senseless killing of George Floyd, and other instances of violence against black people. These atrocities run counter to everything our company stands for.”

Verizon chmn/CEO Hans Vestberg announced the company has committed $10mln to social justice organizations, split equally among seven groups including the NAACP and National Action Network. “We cannot commit to a brand purpose of moving the world forward unless we are committed to helping ensure we move it forward for everyone. We stand united as one Verizon,” said Vestberg. YouTube pledged $1mln in support of “efforts to address social injustice.”

Disney execs promised employees “real change.” In a letter sent from Bob Chapek, Bob Iger and chief diversity officer Latondra Newton, the execs wrote “We, too, are struggling to make sense of the recent tragedies that leave us feeling overcome with sorrow. While we don’t have all the answers, we resolve to use our compassion, our creative ideas and our collective sense of humanity to ensure we are fostering a culture that acknowledges our people’s feelings and their pain.” Starz is elevating organizations Color of Change and the NAACP, asking viewers to donate, saying “we cannot stand silent while our Black communities continue to suffer under the weight of violence, discrimination and injustice.”

An AT&T store was looted in Atlanta (as reported by NBC affil WXIA), but the company posted on Twitter that “the events of the past few days underscore the violence and racism faced by black people in America today. At AT&T we stand for equality and embrace freedom.” WarnerMedia’s CNN headquarters was vandalized in Atlanta during the protests, but newly-minted CEO Jason Kilar sent out an email to employees in solidarity with the black community. “I want to be very clear in saying that our responsibility to the Black community is that we truly listen, that we seek understanding, and that we do these things with as much empathy as possible. In no uncertain terms, we as a company are firmly in support of people that suffer injustice, including our own,” Kilar wrote. “My commitment to each of you is that I am going to do everything I can to lead with empathy and action in this moment, as the Black community deserves nothing less. It is better stated that the Black community deserves so much more.”

On the government side, FCC chmn Ajit Pai has commended local broadcasters’ efforts covering the protests around the country. “Those who work for local television and radio stations are often putting themselves at personal risk to serve the public interest, and they must be allowed to do their jobs without being threatened or attacked. I hope that they and all Americans stay safe,” he wrote.