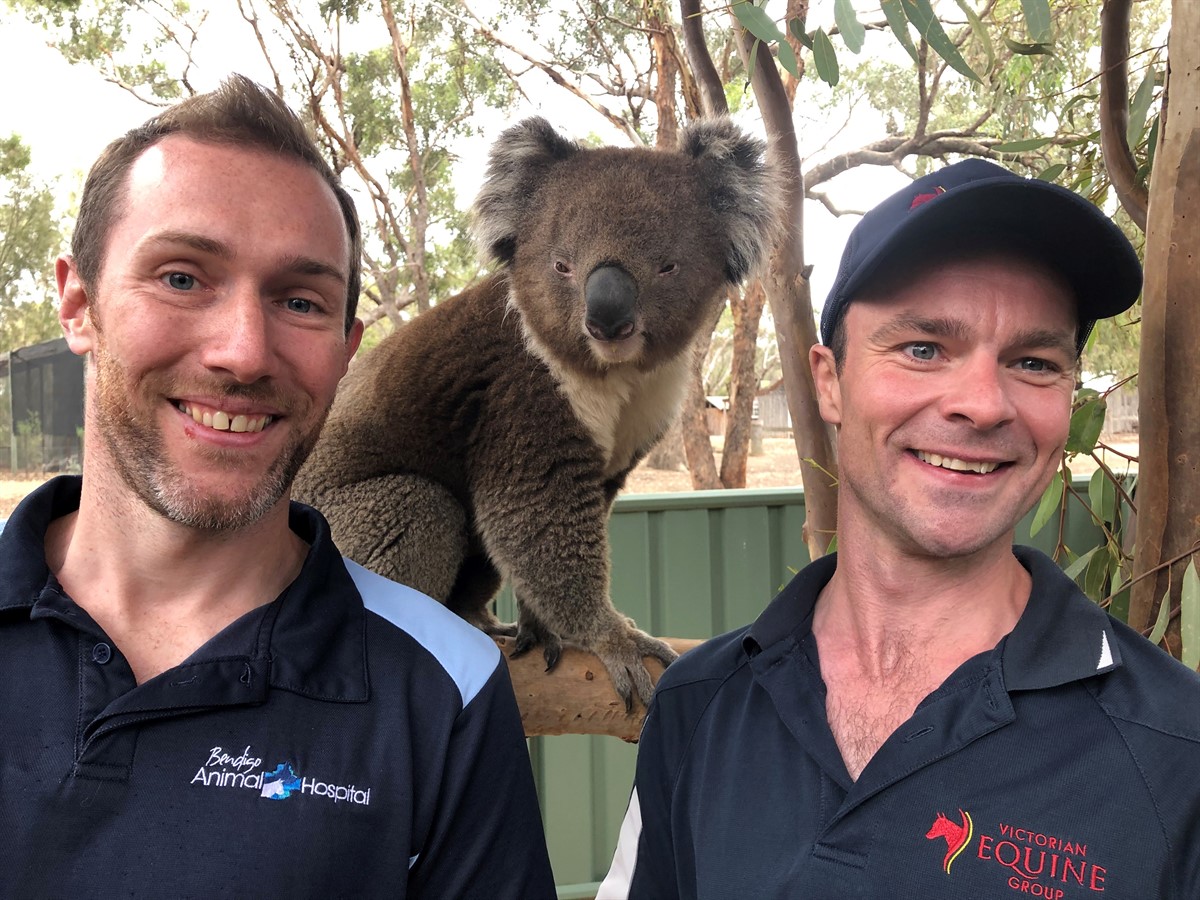 Scottish Vets Down Under (12 x 30) follows Dr Chris Allison and Dr Mike Whiteford, two charismatic vets who have traded in their homeland of Scotland for the sunshine and bushlands of Bendigo in the Australian state of Victoria. A warm, entertaining, and fascinating ‘fish-out-of-water’ take on vet and animal rescue shows, the series follows these long-time best friends who are on call 24/7, for 365 days a year, as they help local pets and farm animals, as well as a range of native wildlife – including spiny anteaters and kangaroos – that they would never have encountered at home. The charming series also introduces us to the other vets and nurses in their team at the Bendigo Animal Hospital, a wealth of local animal owners – and of course, lots of interesting creatures. Dr Mike is an expert equine vet and with Bendigo a key centre for horse racing, the Bendigo Equine Hospital that they also run is kept very busy.

Scottish Vets Down Under will premiere on BBC Scotland on 25th May and has also been picked up for broadcast by ABC in Australia. WildBear Entertainment’s partner, Wild Thring Media, will be representing the series for sale internationally.

Veronica Fury from WildBear Entertainment is the show’s executive producer, she comments: “We are very proud of Scottish Vets Down Under and have loved working on a series that has such huge amounts of heart and humour in every episode. These wonderful best-friend vets, undertaking day-to-day cases – anything from check-ups to major surgeries – would have made for engaging and addictive television on its own. However, when you add in animals that the vets have never encountered, a new environment that they are still getting to know, and the wide range of adventures they undertake in their down time – everything from gold-hunting to flying lessons - it adds a fresh new narrative layer to this popular genre.”

Steve Allen from BBC Scotland says: “Dr Chris and Dr Mike’s love of animals is at the centre of this warm-hearted vets series. Their deep friendship, and infectious charm, shine through as we follow them on their Australian adventure. I’m confident they will prove to be a big hit with our viewers.”
Edwina Thring from Wild Thring Media adds: “Vet and pet shows remain immensely popular with broadcasters around the globe, so we confident that Scottish Vets Down Under will be in great demand. The Australian backdrop naturally offers a rich seam of both familiar and unusual animals, which in itself is appealing, and the fish-out-of-water angle gives this series an added edge. With its interesting content, emotional warmth and likeable characters, I could see this series working well in family, daytime or primetime slots.”