DOC. Nelle Tue Mani, the new medical drama based on a true story. Aired by Rai1 and produced by LuxVide with Luca Argentero 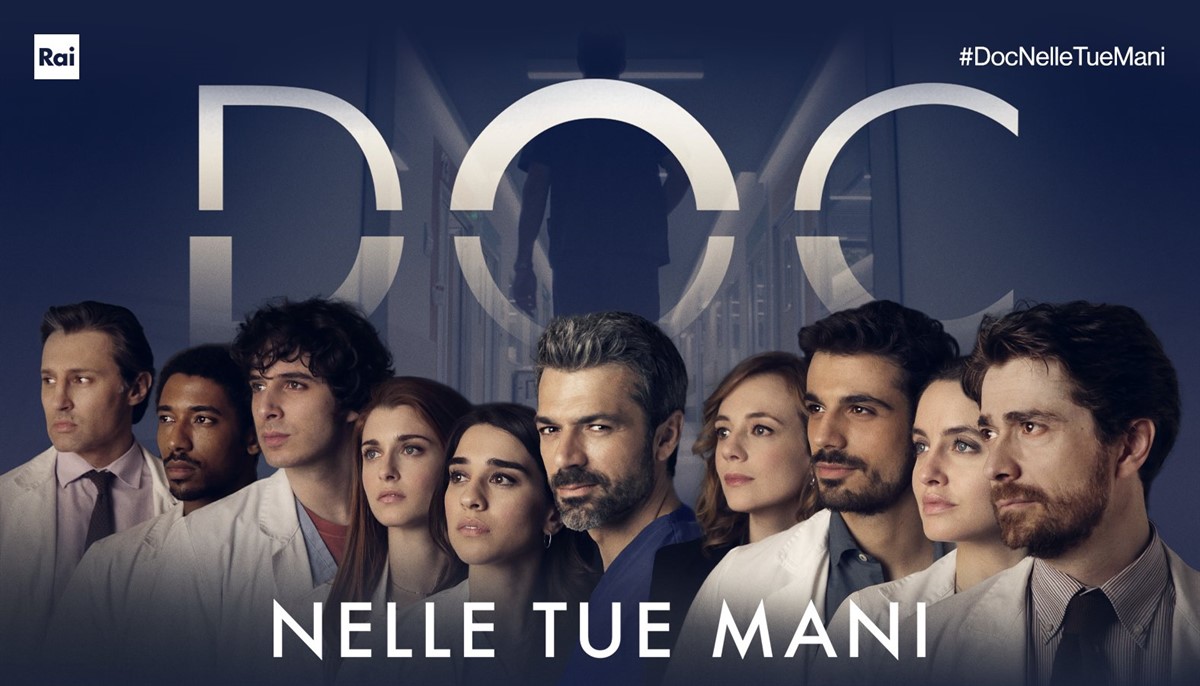 DOC. Nelle tue mani (16x50’) is the new medical series produced by Rai Fiction and Lux Vide and it will be premiered on Thursday, March 26, 2020 by Rai Uno. The series is directed by Jan Maria Michelini (Don Matteo and Diavoli) and Ciro Visco, written by Francesco Arlanch and Viola Rispoli. The shooting of the series has been interrupted at the moment due to the emergency caused by Covid-19.  Rai 1 decided to broadcast the first 4 episodes (already filmed) anyway, the other episodes will be recorded soon and aired next Fall. The series is inspired on the dramatic real story of Pierdante Piccioni, primary of Lodi Hospital; in 2013 he was involved in a car accident that caused him a brain injury, after that he lost 12 years of his memory but he was able to come back.

Luca Argentero is the brilliant doctor Andrea Fanti who lose his memory after a head injury. As such, for the first time ever, he finds himself “on the other side”, no longer a doctor, but a patient. Stripped of years of memories, he feels thrust into an unfamiliar world. Children, friends, colleagues: all strangers to him. He has only one option if he doesn’t want to go mad and lose hope: to remain in his hospital and find a new way of being what he always wanted to be, a doctor.

A post was published on the official Facebook page that mentions: “With this TV shows we would like to thank all the doctors that today hard fighting on the front line without sparing themselves“.