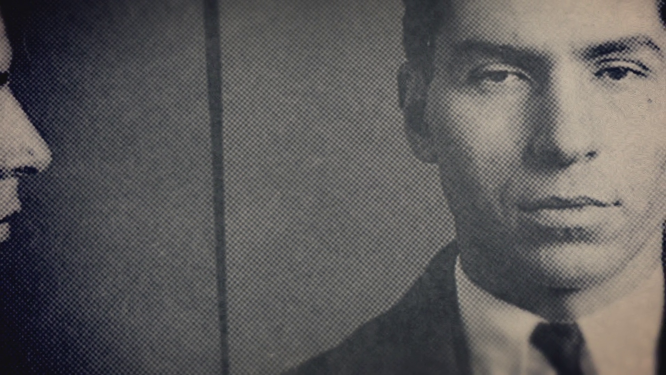 On March 21, 2020 will be celebrate the Mafia's Victims Memorial Day in order to tribute all the innocent victims of the terrible crime organization.
History Channel together with Libera association, which has always been committed on this front, has decided to give voice to the families of these victims, launching on Sky Platform a special schedules dedicated to the families and victims of mafia.
We will know the tragic end of Roberto Antiochia, a policeman killed with Ninni Cassarà in Palermo in 1985. Roberto Mancini was also a policeman. In 2014 he died of cancer, caused by the investigations that, among the very first in Italy, carried out on the illicit trafficking of waste and other harmful substances in Campania and on the environmental disaster of " Terra dei Fuochi".  Francesco Pantaleone Borrelli was instead a carabinieri's official  was killed by 'Ndrangheta in 1982 in Cutro in Calabria. Domenico Noviello was a witness of justice: he had denounced an attempt at extortion by the Camorra. In 2008 he was killed by the killers of the Campania criminal organization. Francesco Vecchio was the chief of staff of a company in Catania: he had introduced rigorous controls on the workers and activities of the company. He was assassinated by the mafia in 1990 together with the managing director, Alessandro Rovetta. Giovanni Russo was twenty-one years old when, in 1994, he was kidnapped and killed by the 'Ndrangheta. The murder was decided by a boss who did not accept the young man's engagement to his sister-in-law.

In addition, from Friday 20 to Sunday 22 March, starting at 9.50 pm, Sky channel 407 will offer a special program, which explores the violent world of the mafias, their history, their rites but also tells about the commitment of magistrates and forces of the order to counter them.
On Friday 20 and Saturday 21 at 21.50 the mini-series will be broadcast in absolute preview in two episodes Cosa nostra, the true story, the story of the birth and development of the mafia in Italy and in the United States, from Lucky Luciano to Totò Riina, reconstructing the relationships between the two criminal worlds throughout history. Produced by AB Productions, the documentary is signed by Anne Veron and relies on the collaboration of Italian and foreign historians, journalists, magistrates and experts.
The French director, who also shot “Corleone. The war of the godparents "and" The women of the mafia ", traces in the first episode the serious economic situation of the south at the end of the 19th century, the emigration to the United States and the birth of the Black Hand - a member of the Italian-American mafia - and then continue with the arrival in the USA of the mobsters driven out of fascism, the years of prohibition and the rise of Lucky Luciano.
The second part develops the story of the new Mafia era, which focuses on the great deal of drug trafficking, the escalation of violence but also the birth of new investigation methods. Particularly strong is the testimony of Joe Pistone, aka Donnie Brasco, the FBI policeman who worked undercover for six years (1976-1981), infiltrating the Bonanno mafia family and the Colombo family, two of the Five Mafia Families from New York. Subsequently, the second part deals with the figures of Totò Riina, boss of the Corleone clan, and Tommaso Buscetta, who with his testimonies given to judge Giovanni Falcone led to the first maxiprocess, opened in February 1986 and ended almost two years later. with over 2,650 years of cumulative prison sentences.
In closing, the dramatic memory of the end of Giovanni Falcone and Paolo Borsellino in the 1992 massacres, following which the civilian population rose, but which also marked the moment when the mafia chose, captured by the police some of his excellent leaders, to return to act in the shadows.
On Friday at 10.40 pm the documentary Mafia / State will be re-proposed: the story of a pact, a real investigation into the hidden history of the relationships that Sicilian crime and the Italian state would have had after the Second World War. Saturday at 22.40 will be the turn instead of Camorra: the real story, from the sack of Naples to the rise of the Casalesi clan, while on Sunday at 21.50 the special Theft of the century - Genesis of Capital Mafia will be broadcast