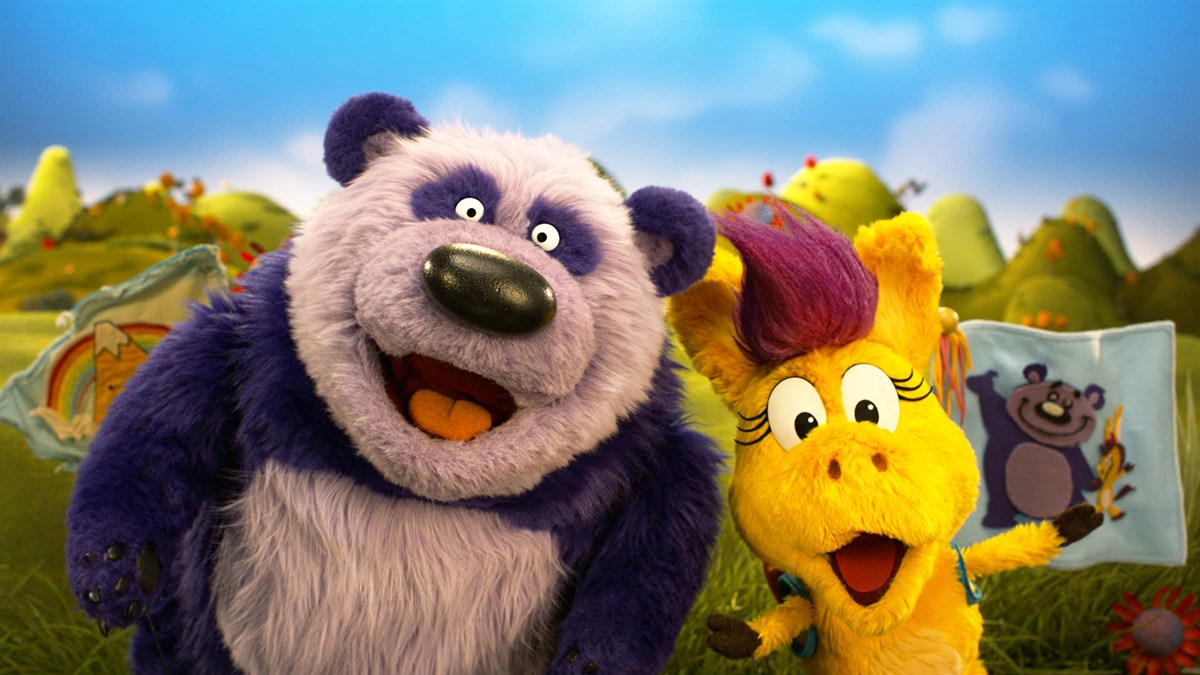 The imaginative puppet series follows the adventures of Donkey Hodie, the granddaughter of the original Donkey Hodie character (now known as “Grampy Hodie”), a puppet from MISTER ROGERS’ NEIGHBORHOOD, who appeared in 59 episodes of the beloved classic children’s show from 1968-1993. The new multiplatform show is filmed at WTTW, the flagship PBS station in Chicago.

DONKEY HODIE is inspired by the quirky, funny side of children’s TV pioneer Fred Rogers and his mission to help young viewers navigate the frustrations and challenges of childhood. It is set in the land of Someplace Else, which was created by Rogers on MISTER ROGERS’ NEIGHBORHOOD.

In every episode, Donkey Hodie, a sweet, yellow donkey with a magenta mohawk, along with her pals, Purple Panda, Duck Duck and Bob Dog, empower preschoolers to dream big and overcome obstacles in their own lives, to work hard and persevere in the face of failure, to be resourceful and discover they are capable of solving problems on their own—and to laugh themselves silly along the way.

New, original music will be featured in DONKEY HODIE—along with reimagined versions of Fred Rogers’ original songs—to reinforce and underscore each story’s positive message. Each episode of DONKEY HODIE will include two 11-minute, character-driven stories with accompanying short form content. The series is currently in production for 40 half-hour episodes.

Along with the television series, DONKEY HODIE will offer digital content for kids, parents and teachers, launching in tandem with the series. DONKEY HODIE games will be available on pbskids.org and on the free PBS KIDS Games App, along with clips and full episodes streaming across PBS KIDS’ video platforms, including the free PBS KIDS Video App. Parent resources, including tips and hands-on activities to extend the learning at home, will be available on the PBS KIDS for Parents site, and PBS LearningMedia will offer classroom-ready materials for teachers, including video excerpts, games, teaching tips and printable activities.