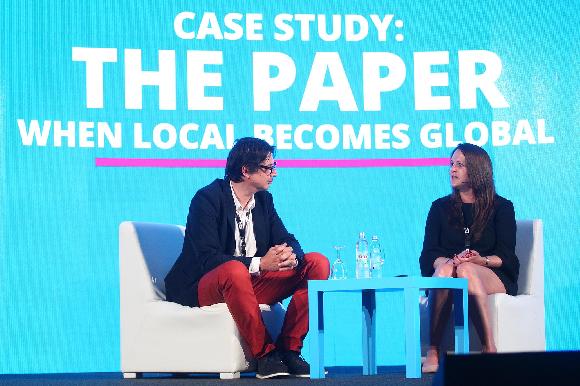 We are less than a month from the beginning of the biggest regional event dedicated to the TV industry in the CEE region which will be held, for the seventh year in a row, from 10th to 13th June in Dubrovnik.
NEM 2019 will certainly be characterized by interesting guests, panel discussions, speakers, moderators and, of course, inevitable presentations and case studies.
NEM has for years, through presentations and case studies, not only familiarized visitors with the novelties from the TV industry, but also inspired them with stories about the beginnings of the greatest companies in the industry. NEM has delighted many who had the opportunity to participate and listen to the most relevant people in the business.
NEM 2019 has once again gathered the strongest companies from the TV industry, and some of the more notable names definitely are Sony Pictures Entertainment, Eutelsat, JW player, Viacom International media Networks, AMC Networks International, Global Agency, Bitmovin, NBC Universal, Viasat World, all3media international, Warner Bros and many others.

Case study by all3media international, “Scripted formats – make the story your own”
All3media international will talk about the successful trend of scripted formats, and series Step Dave, Liar, Innocent and Diary of an Uber Driver will serve as an example. In the panel room you will hear a story about an Italian movie producer whose latest drama is based on the British script and how a German company cooperates with a British distributor. Modern drama world celebrates intellectual property that travels, and local producer talent makes it relevant. Stephen Driscoll, EVP EMEA & European Co-Productions will present this case study on June 12 at NEM.

Epic ambition: Viasat World “Epic Drama” case study
In just 18 months, the international media company Viasat World has defied the headwinds of the transformative media landscape and launched Epic Drama – one of Europe’s fastest growing channels and a standout success. It’s now available in 16 markets across CEE via over 60 operator partners who offer the channel and SVOD platform to more than 10 million subscribers. Emma Jones, Viasat World’s VP of Commercial Affairs, will on June 11 at NEM break down how it was done – and how now, more than ever, there is a place for aggregators to become hero brands in an overcrowded content universe.

Make every play count: Taking back control of your video strategy, a presentation by JW Player
Living in the attention economy, it's more important than ever for media companies to make technology work for them - and not for the algorithms. Join Alex Vigebo, Senior Account Executive at JW Player, as he discusses different ways media companies can take back control of their video strategy on June 12.