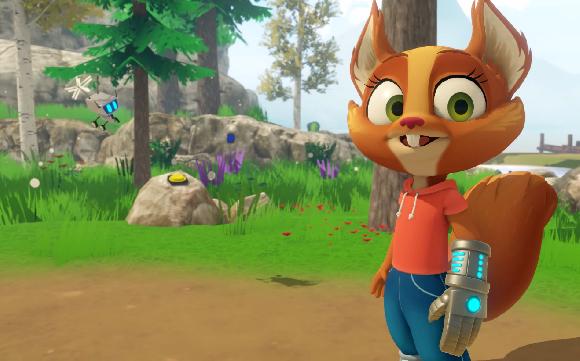 A 20-part animated series, Fixi in Playland features a lively squirrel named Fixi, who has a robot arm and encourages the show’s young viewers to take an interest in technology and physical exercise. StudioV created the series using performance capture and VR animation technology. Produced by Alexander Gustafsson for SplayOne, a NENT Studios company, Fixi in Playland will premiere exclusively on Viaplay across the Nordic region in autumn 2019. In addition to appearing in the series, the Fixi character will serve as a virtual guide to the kids’ section on NENT Group’s Viaplay streaming service.

Jakob Mejlhede Andersen, Viaplay chief content officer, said: “NENT Group offers the best streaming experience in the Nordic region—and we believe inspiring younger viewers is an important part of that experience. Understanding the latest technologies, while staying active and healthy, are some of the biggest challenges of growing up today. Fixi brings a fresh and engaging personality to Viaplay’s kids’ offering, both as the star of an innovative show and as a virtual guide, and will deepen our relationship with our viewers while opening a new chapter in NENT Group’s award-winning kids storytelling.”