Nem 2019: announced the presence of Jessica Alba and Gabrielle Union 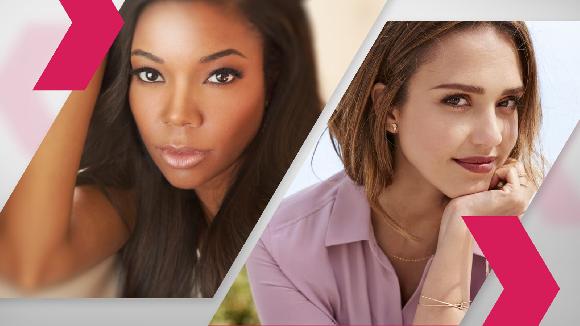 L.A.’s Finest’ to debut in Dubrovnik at New Europe Market with special guests Gabrielle Union and Jessica Alba
May 8th 2019, Zagreb was unveiled today in Zaghreb, along with the three names of Hollywood stars who will be guests of the most popular event dedicated to the TV industry in Dubrovnik.
Projects such as NEM are of outmost importance for the TV industry, not only on the regional, but on the global scale as well. The event became renown by gathering key people and all segments of the industry in one place.
This is the seventh edition of NEM, and it will be held 10 – 13 June in Dubrovnik.
Special guests of this year’s NEM are three Hollywood stars. Gabrielle Union and Jessica Alba will showcase their new series, from the universe of the Jerry Bruckheimer Bad Boys franchise, “L.A’s Finest”. Sony Pictures Television is behind the show and chose NEM to unveil the show at a prestigious screening. Alan Cumming, the star of the series Instinct, will be another special guest that visitors will have the chance to hear from in the panel room. Instinct is distributed internationally by CBS Studios International.
NEM boasts eight interesting panel discussions, with the very top of the TV industry taking part. The panel “Time to Think Locally and Act Globally” will raise the question if the region should join forces in order to be competitive through co-production and higher budgets.
At “On Demand Platforms and TV Channels – Mutually Exclusive or a Great Combination” speakers will discuss why Pay TV channels are becoming on-demand platforms and vice versa. The global TV content phenomenon will be the subject of a panel called “Did the Soap Opera Bubble Burst or is it Still Growing?”. Each subject was carefully selected by NEM, to cover all industry novelties.
Major TV industry players, such as Bhavesh Vaghela, CEO of Paywizard, Salim Mukaddam, General Manager and VP of Central and Eastern Europe at BBC Studios, Levente Málnay, Executive VP and MD at AMC Networks International, Central & Northern Europe, Chris Marcich, CEO of Croatian Audiovisual Centre and Matthias Settele, General Director at TV Markiza, will talk about the most current subjects.
Among the NEM attendees is Nebojša Taraba (Drugi Plan), a successful producer who made a huge deal at NEM a few years ago. "Thanks to the screening of series The Paper at NEM, Keshet International, one of the leading international distributors, acquired the rights to distribute the series, and soon a deal with Netflix was made. This is the first Croatian series on this streaming service, and is available in 190 countries. Because of such opportunities NEM is a TV event no one from the industry should miss", Taraba said.
Sanja Boži?-Ljubi?i?, CEO of Mediavision, the company behind NEM, will host a special Q&A in the panel room with Dimitris Michalakis, Executive Director at COSMOTE TV and Pavel Stanchev, CEO of TV2. The person that set all this in motion briefly commented on all that has been achieved: “I am proud to have seen NEM grow in all segments for seven years now, and to see our efforts recognized by best of the best in the industry. It is truly wonderful to witness key deals made at NEM.”
The seventh edition of NEM will offer an abundant program as always. Besides the already mentioned panels and screenings, ITV and ALL 3 Media will hold presentations. NEM is renowned not only for novelties in the TV industry and possibilities for new business opportunities, but also for great networking events to help make new business acquaintances.
For the complete program of the Panel Room, Showroom and networking events at NEM 2019, see here.