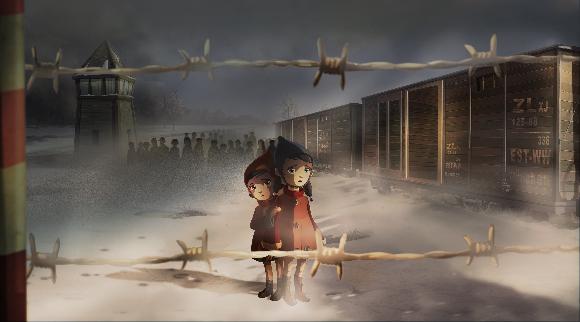 The Italian animation movie La Stella di Andra and Tati produced by Rai Kids will be broadcast in Israel by pubcaster Kan on the 1th and 2nd of May during the celebration of the Yom HaShoah also known as Holocaust Day, that commemorate the six million Jews and others perished during the Nazi Germany War.
The movie tells the story of two sister of 4 and 6 years old who survived after being imprisoned in Auschwitz Lager.
The movie was previously broadcast by Rai 3 and Rai Gulp in Italy.