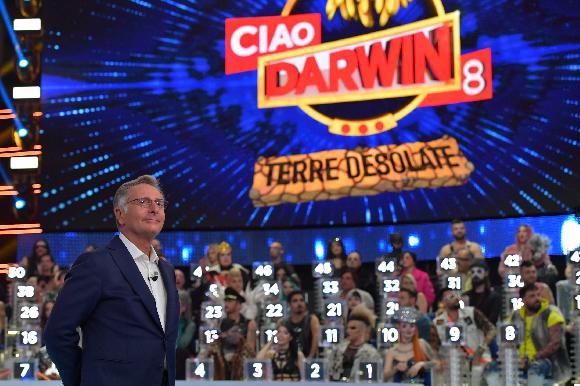 Canale 5 will broadcast a new series of variety show Ciao Darwin - Terre Desolate season 8 of the classical brand presented by Paolo Bonolis and Luca Laurent. The show to be aired on Friday, March 15 in prime time is dedicated to Stephen King (Waste Lands) and as usual two opposite teams with fight in studio. In the first episode the first team headed by Enzo Miccio (Wedding Planner/Real Time) "The Chic" will face the team of "The Shock" headed by Lisa Fusco.
Inside the show there are different segments like in the other editions: A Spasso nel Tempo, Prove di Coraggio, Faccia a Faccia and Cilindroni.
Mother Nature impersoned by a beautiful woman will change in every episode.